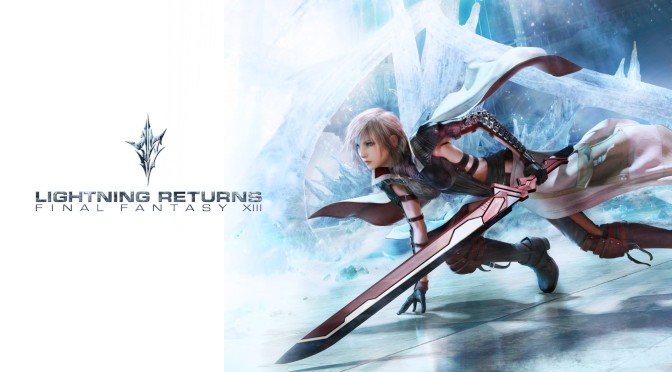 For better or worse, the Final Fantasy XIII series has included some of the most talked about games in the entire series.  From long time Final Fantasy fans hating it for the most part to new fans loving the series, there have never been a shortage of flame wars and arguments about what these games have done wrong to the franchise or been able to accomplish to move it forward.  I fall into the camp with the new generation of fans and have loved each iteration of the XIII series so far.  That being said, while I have been extremely excited to see the trilogy finale, I had to temper my expectations because of the unrealistic amount of times I have been let down by a series finale.  So, was Square Enix able to rise above and give us a great ending to an already fun series?  Or did they fail like the rest and give us a mediocre game that leaves a bad taste in our mouths?

The story of Lightning Returns: Final Fantasy XIII has a very interesting beginning.  Lightning, the protagonist of the first game in the XIII series and in this game, has awoken after sleeping in a crystallized state for over five hundred years.  She finds out that the world is going to end in just thirteen days, and it is up to her to save the souls of the remaining humans alive.  How is that for a wakeup call?  Due to events in the previous game, humanity can no longer die of old age; instead they stay the same age as they were five hundred years ago and can only die from disease or an accident.  This allows for all of Lightning’s friends to make their return and help her on this seemingly impossible quest.  A few of them have undergone changes that you will learn about through playing the game.  Also, a mysterious new character makes her debut in the finale and seems to have her hands involved in all of the wrongs of the world, but is somehow connected to Lightning as well.

Lightning Returns definitely throws a crazy story at you and just expects you to go with it.  But in all honesty, most other games these days do that as well; it comes down to how much crazy are you willing to accept?  In my case, this story fit me just right.  I enjoyed the mystery behind the motivation of some of the characters and trying to figure out what the heck was going on half the time.  It strings you along, giving you just enough information throughout the game, and finally throws you some huge plot twists at the very end to wrap things up.  It was more than a fitting end for a great trilogy of games, especially when you compare it to the horrible end of Final Fantasy XIII-2.

Lightning Returns looks almost exactly the same as the previous two iterations of the Final Fantasy XIII series. This however is not a bad thing.  All three of these games are beautiful, with this one being just a bit more polished than the older ones; though you can still tell that these games belong on the PS3/360 generation of consoles.  This game’s presentation really shines in the music department.  The lead composer of Final Fantasy XIII, Masashi Hamauzu, and the co-composers of Final Fantasy XIII-2, Naoshi Mizuta and Mitsuto Suzuki, all made their return to the series and created a brand new soundtrack.  This soundtrack included brand new songs with significantly more percussion than the previous games.  It also included remixed versions of some of the best songs in the previous games.  One thing I have always loved about the Final Fantasy series is its music, and this game was no different.    There are some very iconic songs that give me goose bumps when I hear them now because of the intense scenes they originally accompanied during the game.

(Full soundtrack below for the music junkies out there)

The gameplay has a very familiar feel to it in Lightning Returns, but is also very different in many ways.  Exploring the world is played just like it was in the previous games, giving you the ability to run around and jump on things while allowing you to interact with people/objects before going into battle with enemies that appear on the field.  One major change from the first game in the series is that now the entire world is open to you from the very beginning.  Final Fantasy XIII-2 tried to accomplish this with its multiple timeline/dimension storytelling, but it was never able to the way that Lightning Returns does.  This gives you an insane amount of freedom of choice to pick and choose where you want to go next.  Another interesting fact about the world is that time is literally always moving forwards.  You have a limited amount of time you can be in the world each day to accomplish everything you need to do.  There are ways around this to make days last longer, and most players should figure this out quickly and exploit it to make it almost seem like they have unlimited time.

Lightning Returns has four major continents that you will visit frequently throughout the story.  Each of these continents has a major story quest line you have to beat before the thirteen days are over.  On top of that, they all have a myriad of side quests and another form of side quest called “Canvas of Prayers” that you can complete as well.  Square Enix played a pretty evil trick on gamers with this section of the game.  Although you are supposed to have unlimited freedom, you are restricted by the fact that you HAVE to complete side quests in order to even make it to the end of the game.  When you start out the game you are told you have thirteen days until the world ends, but then you are told that the world will end even sooner if you do not save the souls of the humans around the world first.  Saving their souls is accomplished by completing lots and lots of side quests.  This is not really a bad thing for someone like me, who enjoys side quests more than the main storyline in a lot of games, but I can see how some gamers might find this a cheap trick to make your gameplay experience last longer.  My major complaint about the quest lines is that it literally gives you so much to do that you can become overwhelmed very early on.  Especially when you throw in the fact that time is always moving forward and you do not want to waste time on trivial side quests.  Or when some side quests are time sensitive and you feel the need to rush.

The battle system is eerily similar to the previous games, with minor tweaks here and there.  The ATB (Active Time Battle) System has returned for the most part.  It changes up the paradigm part of the system by adding in the “schemata” system.  What this does is allow you to completely customize Lightning’s garb, weapon, shield, accessories, and ability set.  There are many different options to choose from, all of which have their own special perks, attacks, etc. that make battling a unique experience in this game, but still familiar to the previous two games.  I really enjoyed this battle system compared to the previous two because of its ease and its emphasis on allowing you to use whatever you wanted.  The only downfall here is that you only ever play as Lightning in this game.  I missed having companions fighting alongside me the entire game.

Lightning Returns was a far better game than Final Fantasy XIII-2.  It improved on its storytelling, gameplay mechanics, and “open worldness” that so many fans hated about the first game in the series.  The storytelling was both mysterious and good enough that gamers will want to continue pushing forward if only to find out what happens next.  That being said, I feel that it will not have the lasting emotional affect that Final Fantasy XIII had on me when I first beat it.  Something about just how crazy this story is will probably leave most people feeling distant from the emotions they are supposed to experience while playing.  Even so, the fun battle system combined with the ability to explore the world from the get-go make this game a great experience for any RPG or JRPG fan.  I absolutely adore the Final Fantasy XIII series and will greatly miss these characters now that the trilogy is over.  I highly recommend playing not only this game, but the entire series to anyone willing to give it a chance.