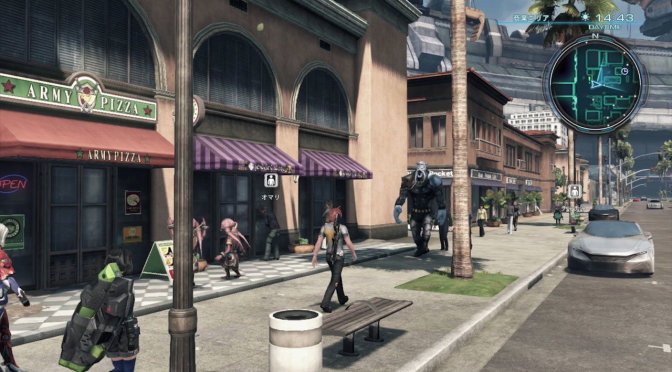 The 24 minutes of Xenoblade Chronicles X gameplay includes information on New Los Angeles, BLADE, the basics of the story and gameplay and so much more.

Firstly, we get a look at the gamepad functionality. The gamepad will serve as a map, but it’ll be more useful than that. On the gamepad you’ll be able to use it to look for Frontiernet spots, which you’ll examine with data probes to unlock four different kinds of missions. The quest system appears to be very advanced and, depending on the quests you do, you’ll make many different relationships with the citizens of New Los Angeles.

The map below shows you just how massive this world is. The regions are: Primordial Wilderness, Luminous Forest, Forgotten Valley, Continent of the White Tree and Continent of Black Steel. 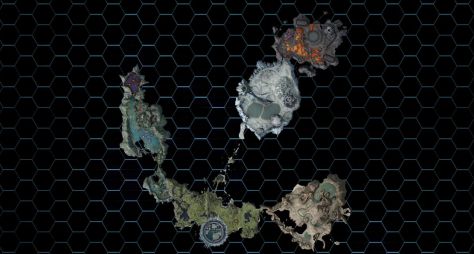 To travel across this expansive world you’ll have to run, jump and fast travel, using data probes. Furthermore, you’ll also be using Dolls, which can run faster, fly and even transform into cars.

Finally, the video showed off a few alien races and many creatures which populate Mira. However, some creatures are way too big and high of a level to be attacked straight away. So you won’t be able to go in all guns blazing. Meanwhile, while some of the aliens are friendly, other aren’t.

I’m loving the sound of Xenoblade Chronicles X so far because it sounds like a deep and interesting JRPG.