During an event, Atlus has finally revealed a Japan release date for Persona 5 as well as other news coming as the release date draws near.

A new trailer was released showing new locations, characters, bosses and a new track. The four-and-a-half minute trailer showed us more of what to expect of the new game.

Then they announced a Persona 20th Anniversary Persona 5 Collector’s Edition. The collector’s edition will come with an art book, five CDs with each disk showcasing the soundtrack of each game and DLC. The DLC will include the Gekkoukan High outfit, Yasogami High outfits, Orpheus Persona and the Izanagi Persona. It’s unknown if this will only be available in Japan. 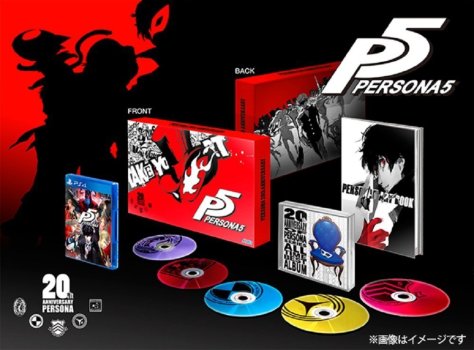 The last thing that was announced was a Persona Orchestra Concert happening in August 13th, and a Persona 5 Animation coming sometime in September.

During the trailer, they revealed what everyone has been waiting for, a release date. Persona 5 is set to release on September 15th, 2016 for PlayStation 4 and PlayStation 3. Persona 5 is scheduled to make an appearance at this year’s E3.

This is one of my most anticipated games of the year, so finally hearing a release date makes me excited. What I really want to know is the NA release date. With Persona 5 coming to E3, I hope that is when we hear more about its release here. Considering the time frame between the Japan releases of Odin Sphere Leifthrasir and Shin Megami Tensei IV: Apocalypse, I expect it to come out either late this year or early next year. Until E3 is said and done, I still hope for a worldwide release date.

Jesse Webster is a Senior Writer for MONG and is at awe.