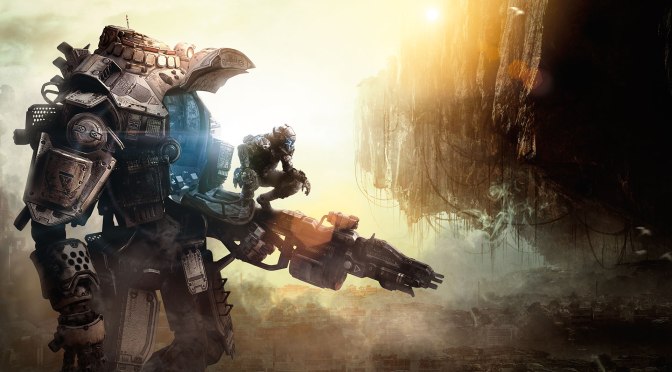 Electronic Arts announced yesterday that Titanfall will be released on March 11, 2014 in the US and March 13, 2014 in Europe for Xbox One, Xbox 360, and PC.  (Don’t count on it staying exclusive to Microsoft)

If you are new to the party (which would be crazy), here is EA’s description of the much anticipated “next- gen” game.

“Titanfall is winning over fans with its thrilling, dynamic first-person action gameplay featuring elite assault pilots and agile, heavily-armored, 24-foot titans. Crafted by one of the co-creators of Call of Duty and other key designers behind the Call of Duty franchise, Titanfall delivers a brand-new online experience that combines fluid, fast-paced multiplayer action with heroic, set-piece moments found in traditional campaign modes.”

In addition to the release date, Electronic Arts has also revealed the Collector’s Edition that will cost $249.99.  It will include:

“Since we revealed the game in June we’ve been absolutely blown away by the reaction to Titanfall,” said Vince Zampella, a Co-Creator of Call of Duty and Co-Founder of Respawn Entertainment. “The feedback we’re getting from fans around the world is fueling our team as we head towards March and motivating us to deliver an experience that lives up to the hype.”

Titanfall won so many awards at E3 this year and is easily one of the most intriguing games coming out next year.  I can’t wait to get my hands on a copy!  As I alluded to above, I guarantee that Titanfall will be coming to PlayStation 4 within a year of release.  I currently only plan on buying a PS4 at release of the next-gen consoles, but may have to get an Xbox One if they take too long to release Titanfall on PS4.  The collector’s edition looks awesome, but is a little too expensive for my budget.  Either way, I will find a way to own this game soon after release!