As a 3rd installment and exclusive launch title to a next gen console, Dead Rising 3 had a lot of hype to live up to. Even with this pressure, Capcom did not disappoint and displayed what the Xbox One is capable of.

With an intense story line, loads of in-game content and crisp graphics, Dead Rising 3 is a must play in my book. The story takes place 10 years after the events of Dead Rising 2. You play as a mechanic named Nick Ramos, who is trying to escape from the zombie infested city of Los Perdidos, California before a military strike comes to wipe it off the face of the earth. Throughout the story Nick consistently runs into obstacles as he is trying to get himself and a small group of survivors out of the city within 7 days. With all the left hooks that this game throws, the player is forced to continue in order to find out what happens next. As the story progresses, Nick discovers the truth behind the outbreak and about his past as an orphan child and the mysterious tattoo on his neck.

The story never gets dull as Nick is faced with a large scale map to move around in and multiple bosses to face. On top of that, Nick receives optional side missions as the story progresses keeping the player busy in between missions. Though the player is given 7 days to complete the game, which is longer than the first two Dead Rising installments, Nightmare Mode provides the player with only 3 days to complete the game with stronger zombies and no checkpoints. I would only recommend this after beating the initial campaign, or for veteran Dead Rising players.

Dead Rising 3 takes advantage of the Xbox One’s capabilities when it comes to the overall presentation of the game. As far as graphics go, it is so crisp that there is very little difference between cut scenes and actual gameplay, which is something we can be looking forward to thanks to the power of the next gen consoles. Not only are the graphics impressive, but the field of vision is increased to the max as well. Most games begin to cut out after a long distance but in Dead Rising 3 you are able to see waves upon waves of zombies without a cut off.

The city in which the story takes place is massive, so massive that the two previous cities are able to fit inside of Los Perdidos with some leg room. There are no loading screens as you travel through the large area; it truly is an amazing feat.

As far as voice acting goes, they did a good job with variation. All main characters had distinct voices and even the side characters that show up once in the game had their own voices. The music wasn’t very memorable. Though between all the cut scenes or slicing and dicing of zombies, the music didn’t really need to play much of a role in the presentation.

The actual play of the game is a very easy transition for any type of player. Even with an extensive amount weapons and weapon creations, the main buttons you need to worry about are X and Y with the melee weapons. The ranged weapons utilize the left and right triggers just as most shooters do. The driving isn’t complex either, as you also use the triggers to move about.

The game also provides a simple set of skills which the player can add skill points to that are gained from leveling. Each skill set is self-explanatory for the player. One cool feature that players can decide to upgrade is the different type of combo weapons. Each weapon has a symbol that designates it to a certain category. If a player chooses to spend a skill point in one of the categories, they will no longer need that specific item, rather they will only need an item that is part of that category to make combo weapons. This feature makes it easy to come up with make-shift combo weapons on the go, which in turn makes clearing waves of zombies all the more fun. 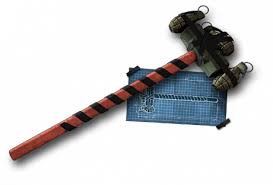 Dead rising 3 also takes advantage of the fact that all players will have a Kinect on hand. With the voice recognition, a player is able to pull up the menu and move about the menu using only their voice. On top of that, the player is also able to give certain commands to NPC’s within the game who fight alongside Nick. As a launch title, this is a great start to show what the next gen consoles are made of.

You are given the option to play solo or keep your game open for anyone to join at any time. As well, you can also play co-op and team up with a friend or family member. I would suggest playing with another person simply because it makes the game so much more fun. On top of that, you both are able to explore the city without a leash. Most game keep a leash between the players as to not let them get too far apart, but in Dead Rising 3 you are able to be far apart.

The game is so open, it allows the players to be creative with their style of gameplay, whether they lean more towards melee, explosive measures, or simple shoot em up style. Dead Rising 3 also forces the player to think outside the box when met with optional tasks such as taking down boss-like characters or doing one of the many challenge modes set throughout the city.

The only down side I have with the overall gameplay is the low difficulty. It is a fairly simple game to play and doesn’t really leave the player with puzzling tasks, though I’m sure a lot of players would consider this a good thing. It is still your typical hack and slash game. With all the added in game content, it keeps the player busy with too much to do in the given time period in order to keep the player from getting too bored at hacking zombies away.

There is so much more to be said about this game but it is best for the player to uncover it all themselves. Dead Rising 3 is exactly what a launch title should encompass. Capcom tries to display the power of the next gen console through crisp graphics, a large scale map and so much in game content to keep the player wanting to continually play for hours on end. The story is excellent and keeps the player in suspense as you uncover the truth behind the Los Perdidos outbreak. Between the Nightmare mode, alternate endings and future DLC, the game has a very high replay value and I would suggest everyone to buy Dead Rising 3.

One thought on “Dead Rising 3 Review”