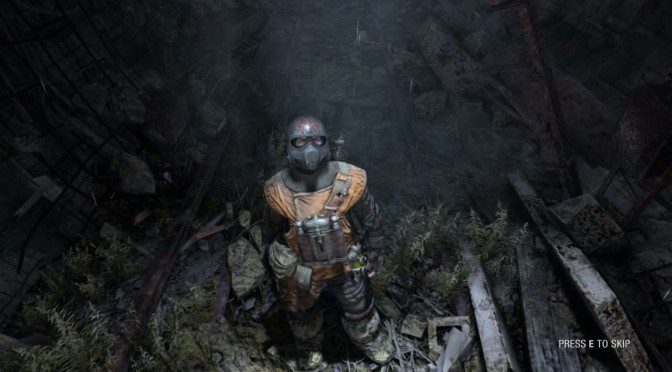 Metro: Redux has officially been announced for PlayStation 4, Xbox One, and PC.  Metro: Redux is a remastered collection of Metro 2033 and Metro: Last Light.  The option of buying them separately digitally will be available, costing you $24.99 individually or $49.99 together.

Both games are confirmed to run at 60fps, and Metro 2033 has been completely redone using the engine from Metro: Last Light.

Metro: Redux will be released later this Summer.

60 FPS seems to be a buzz phrase these days, but that’s not stopping developers from trying to hit that mark. The most recent folks to allude at the golden number of FPS for their game is Deep Silver when it comes to their remastered Metro 2033 and Metro: Last Light packaged remake, Metro 2033 Redux.

It seems that Deep Silver has taken the recent spoiling of Redux in stride and instead of being angry, they’re getting even. How are they striking back you ask? By teasing us gamers with vines of how the game is running at this point, of course.

Hmm… What could that number mean? [MATURE] https://t.co/CyYA1SIn13

Apparently Redux is almost ready to see its release on Xbox One and PlayStation 4.

Are you ready? Because we really, nearly are… [MATURE] https://t.co/PRCNHbLNbD

Though the vines don’t show much in the vein of gameplay, they accomplish the job that Deep Silver appears to be going for in terms of dangling smooth framerate in front of us. Hopefully they’ll be able to follow through with it when it comes to be go time.

[MATURE] Last one today. You guys are pretty good with clues 😉 Now, is that the time or…? https://t.co/83mNvkbX1F

I don’t care as much about the framerate of games. I want it to be smooth but when someone complains about something being 30 FPS instead of 60 I can’t help but not care. That said I’m happy about this news. Though I don’t care too much, the 60 FPS from the vines does look horribly smooth and that’s definitely not a bad thing.

Myles K Farrington is a new writer on the MONG team and a rather dapper fellow. Keep up with him over at IGNas well!

2 thoughts on “CONFIRMED: Metro: Redux Will Run at 60fps”