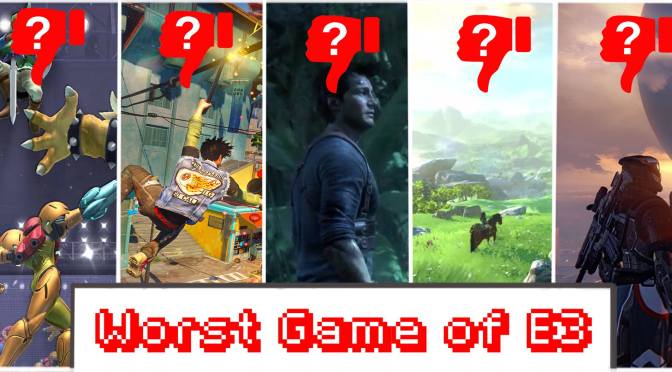 There were a lot of amazing games shown at E3 this year, but we would like to know, what was the worst game shown?  Was it Conker in Project Spark? Was it an indie game?  Did something not live up to what you thought it would be?  We each gave our worst games during the podcast!

This week we discussed whether or not E3 was better this year than last year, what we liked most about each conference, what were our top 3 games shown, which unknown game announced were we most excited about, what was the worst game shown, and what was the MONG Game of Show!

So how about you answer some of those questions in the comments below!
Click here to listen to the MP3 version!