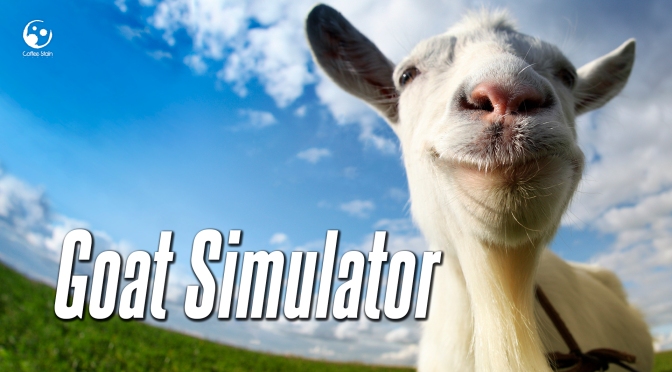 Yesterday, the publisher Deep Silver announced that it would be distributing Goat Simulator on PC in North America as a physical product.  You can expect to see this physical version of the game at participating retailers somewhere near mid-July.  This version will be updated with the new 1.1 patch and its content, which is free to download if you already own the game.

The 1.1 content includes: local 4-player split screen and multiplayer mode, a map, new playable goats and the ability to ride bikes and skateboards.

Goat Simulator became an awkward smash hit in the indie games world, which was created by Coffee Stain Studio.  It was first available on Steam but is now available on PC, iOS and Linux.

My Opinion:
I have heard a lot of absurd things about Goat Simulator, including a lot of different ways to end people’s lives.  The ragdoll effects make the game very interesting to me, as I love that kind of freedom in games like Grand Theft Auto.