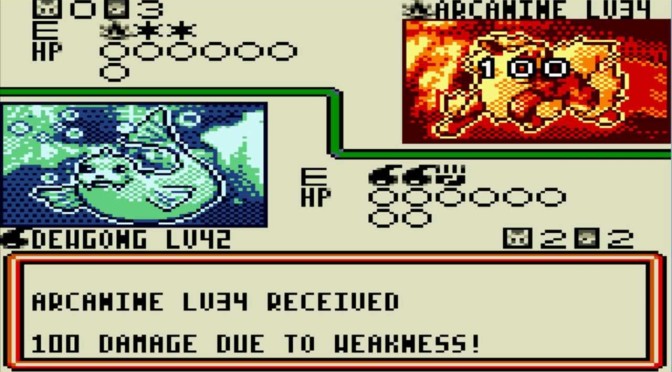 The 2000 Game Boy Color title makes its triumphant return to handheld systems in Europe’s Virtual Console for the Nintendo 3DS.

The Game Boy Color game is based on the real world Pokémon Trading Card Game where the player challenges various leaders, builds playing card decks, and tries to catch ‘em all (I mean collect ‘em all).

Pokemon Trading Card Game was released on the Virtual Console in Europe and Australia on July 10th and 11th respectively. No announcement has been made about an American release.

This game is awesome! Not having an American release date is a true travesty. What would be even more spectacular would be bringing not only this game, but the sequel that was once only released in Japan. A guy can dream, can’t he?