Ryse: Son of Rome, the former Xbox One exclusive, is coming to PC this fall.

Carl Jones, the Director of Business Development at Crytek said,

“We are bringing the Ryse experience to PC, with 4K resolution support. 4K gaming is another leap in graphics quality for PC gamers and Ryse is the perfect showcase for what’s now possible in high-end PC games.  We’ve given our team the opportunity to show what CRYENGINE can really achieve, without compromising quality, thanks to the incredible hardware available now to PC gamers.  Ryse will be a benchmark PC graphics showcase this year and probably for a long time in future.  Our community asked for a Ryse PC version, and we have the means and technology to deliver this title with the highest quality possible.” 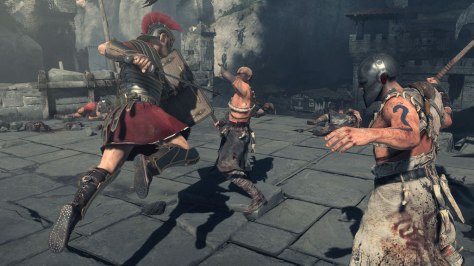 Ryse released in November 2013 and reviewed pretty well. The PC version of Ryse will be releasing with the DLC bundled together.

This is a good game to be on PC because Crytek games are gorgeous. It looked great on Xbox One and will look amazing on PC.  It may also melt your computer.

Ryan Latuso is an Associate Writer for MONG and the owner of many unplayed video games. Follow him on IGN and Twitter.