Is a new Metal Gear Collection on its way? Series’ creator Hideo Kojima recently tweeted out an image teasing that possibility. 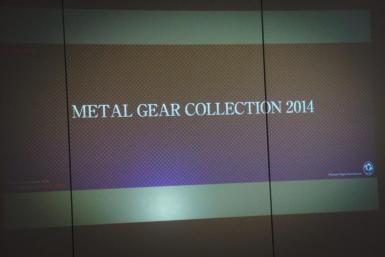 But what exactly is this image teasing?

Reports exist that suggest the image may actually refer to chocolates or figurines that will be sold at this year’s Tokyo Game Show. Here, the series’ next title Metal Gear Solid V: The Phantom Pain is expected to be showcased. Perhaps the image was simply meant to tease the merchandise that will ultimately be used to hype MGSV.

It should also be noted that the collection referred to in the teaser references Metal Gear and not Metal Gear Solid. It may be that Kojima is revisiting the original Metal Gear series as opposed to the latter.

Regardless, a new collection would come as somewhat of a surprise as Metal Gear Solid: The Legacy Collection was released last year on PlayStation 3. This collection allowed players access to eight different games in both the original Metal Gear and Metal Gear Solid series. Despite that fact, gamers would surely open their wallets to the possibility of playing either series on their current-gen consoles or PC before the release of MGSV. The situation should be made clear at TGS later this month.

While I am hopeful that Kojima’s teaser is indeed in reference to a new collection coming this year, I think it is more likely he was referencing merchandise. Despite the flood of remastered ports coming to current-gen consoles, a Metal Gear collection is one I would welcome. I have always wanted to get into the Metal Gear Solid series, but have felt I was too far behind. I would without a doubt put in the time to catch up in the series if a collection was released on current-gen consoles. Here’s to hoping the image was meant to tease more than chocolate…