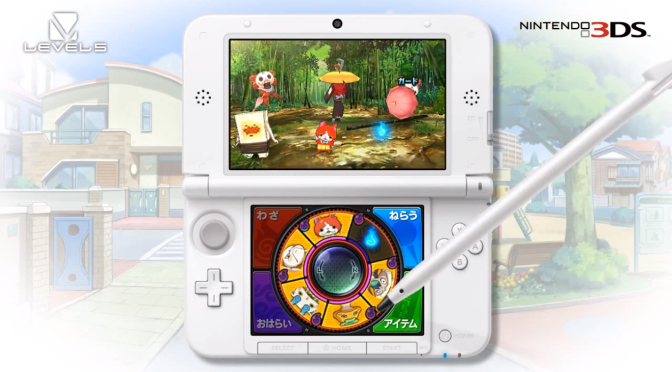 Happy holidays from L5IA! Thank you all for making 2014 an awesome year. We’re hoping 2015 will be even better! pic.twitter.com/kFdb31EobA

In the center of the picture posted, shown above, there is a character from the LBX franchise, called Achilles. Furthermore, in the bottom right corner, Jiba Nyan is pictured, whose one of the faces of the Yo-Kai Watch franchise. Finally, in the tweet, it says: “We’re hoping 2015 will be even better!” Which implies that, Yo-Kai Watch and LBX could be coming to Nintendo 3DS in 2015.

Yo-Kai Watch is a JRPG where players search for, battle and collect Yo-Kai. It is quite similar to Pokémon and it has taken Japan by storm. On the other hand, LBX is an action RPG where players battle with LBXs on dioramas made out of super strong cardboard.

I’ve wanted to play Yo-Kai Watch for ages and I really hope it does come out in 2015. It would make sense as well. The Yo-Kai Watch anime will be aired in North America and Europe next year so Level-5 will probably want to capitalise on that. I don’t particularly care for LBX but I’ll be interested to see how it will turn out.

Lucy Pallent is a girl gamer from a rock in the middle of nowhere and is the world’s biggest n00b. She likes Nintendo, JRPGs and food. Feel free to follow her random ramblings on Twitter.