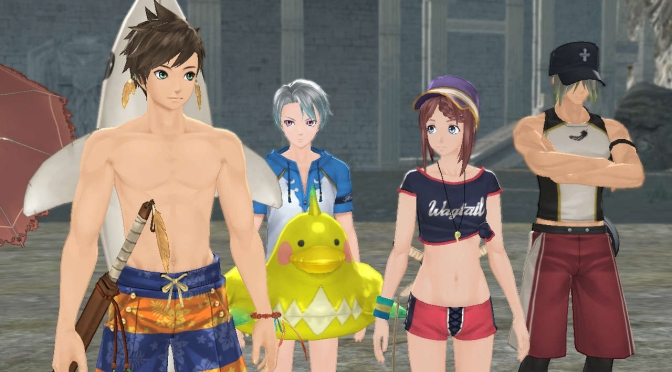 The trailer below features costumes from previous games in the Tales series, such as Tales of Vesperia, Tales of Destiny, Tales of Phantasia, and Tales of Graces f.

This second trailer (below), shows the characters in swimsuits; because, why not?

Both sets of costume DLC are common to find in the Tales series.  Expect these and many more to be available by the time the game is released in the West.

Tales of Zestiria launched on January 22nd in Japan exclusively on PlayStation 3, and is scheduled to launch in North America and Europe later this year.

Want a chance to win a free game? Good news! We’re running a giveaway that you can enter up until February 9th!  Go here to enter!

I am not the kind of gamer that enjoys costume pack DLC.  However, I totally get that there is a HUGE audience for these kinds of things.  I can see how the idea of playing the game multiple times might be a little more fun if your characters looked different, it’s just not for me.