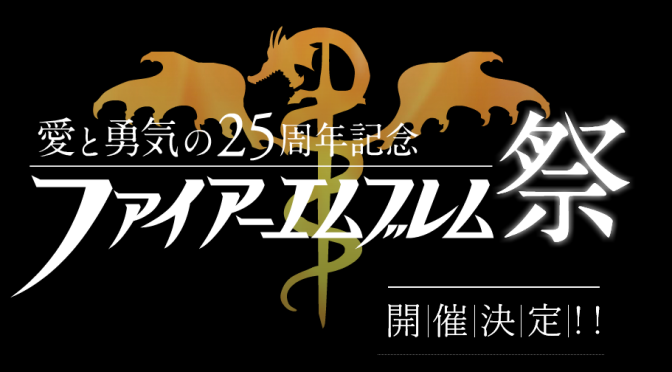 Looks like The Legend of Zelda won’t be the only Nintendo franchise to get the live concert treatment. Strategy RPG series Fire Emblem turns 25 this year, and in celebration, developer Intelligent Systems is holding an anniversary concert.

The news comes from a teaser website showing the name and date of the concert. The event’s title translates to “Love and Courage’s 25th Anniversary Celebration: Fire Emblem Festival”, and it will be held on July 24th and 25th at the Tokyo Dome City Hall. Also on the website is a 25-day countdown, presumably marking the time when more information on the concert will be made available.

Fire Emblem’s age may be surprising to some on this side of the Pacific Ocean. The series’ first appearance on Western shores was in 2001’s Super Smash Bros. Melee, which featured protagonists Marth and Roy as playable characters. The Game Boy Advance game later released in America and Europe as Fire Emblem was actually the seventh game of the series; the first title was released in 1990 on the Famicom.

Fire Emblem has seen a resurgence of popularity in recent years thanks to the blowout success of 2012’s Fire Emblem: Awakening. Along with the recent announcement of a new Fire Emblem title for 3DS, this event makes it clear that Nintendo is determined to capitalize on the franchise’s newfound fan-following. I couldn’t be more excited that this long-running series is beginning to get some of the respect it deserves! Hopefully this 25-day countdown will reveal some new information on the upcoming game as well…