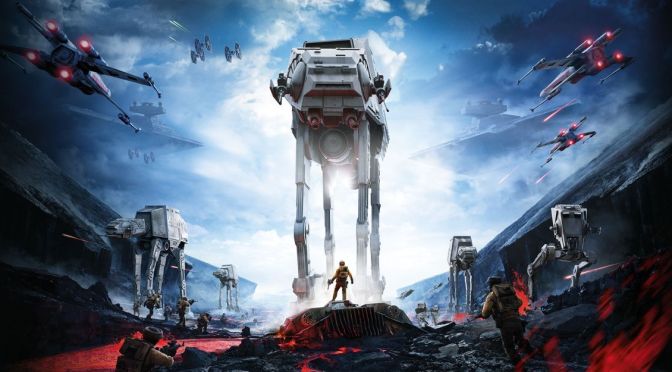 For the past couple of days DICE has been slowly revealing pieces of a larger teaser image for Star Wars: Battlefront. As of yesterday, all of the pieces have been released, giving us our first hint of what to expect in the official trailer tomorrow. New screenshots and a release date may have also been announced at Star Wars Celebration today.

You can check out the full image of the teased Stormtrooper below.

According to several DICE developers, this Stormtrooper is indeed a rendered in-game asset and is representative of what we can expect in the upcoming trailer. As well, several other images have been released for the game and a release date has been unofficially announced for November 17th of this year. The source for this information is reported to be directly from a leak on the developer’s own website. According to this same leak, the game will also only be releasing  on Xbox One, PlayStation 4, and PC platforms.

The exclusive gameplay trailer is scheduled to be released this Friday (tomorrow) at Star Wars Celebration VII. This trailer is likely the same one that reportedly sported a standing ovation last month.

For the latest Star Wars: Battlefront news, be sure to check it all right here at MONG.

I have to admit that I am getting pretty hyped up for the trailer tomorrow. I have been waiting for a Battlefront sequel for years and to finally get to see some gameplay is pretty nerve-wracking. Hopefully this trailer will be able to live up to the hype!