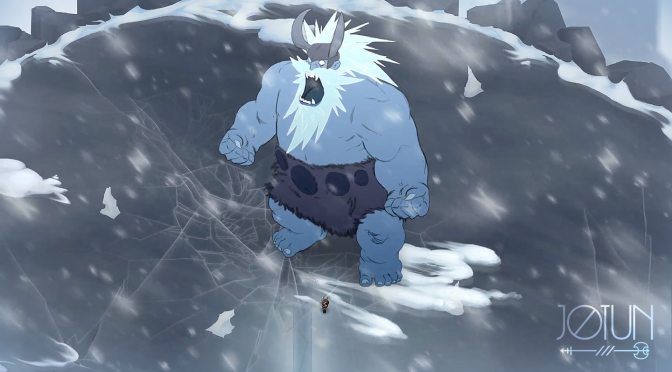 September is coming to a close and the month has seen the release of big titles like Metal Gear Solid V: The Phantom Pain and Super Mario Maker.  Yet one title dropping before the end of the month may boast the biggest challenge of all.

That game is none other than Jotun releasing September 29th on Steam for Windows, Mac, and Linux.  While crafting the perfect Mario level or expertly sneaking into an enemy base are both difficult tasks, what could be more challenging than proving yourself to the Gods?

Such is the quest that Viking warrior Thora finds herself in Jotun which has some of the biggest bosses seen in a game.  Don’t take my word for it, watch the launch trailer below and see why the road to enter Valhalla should only be traveled by the mightiest of warriors.

I’ve had my eye on this game for awhile now, as I love the art style, unique setting, and scope of the boss battles.  I look forward to seeing how the game is received upon release and cross my fingers for a console release.