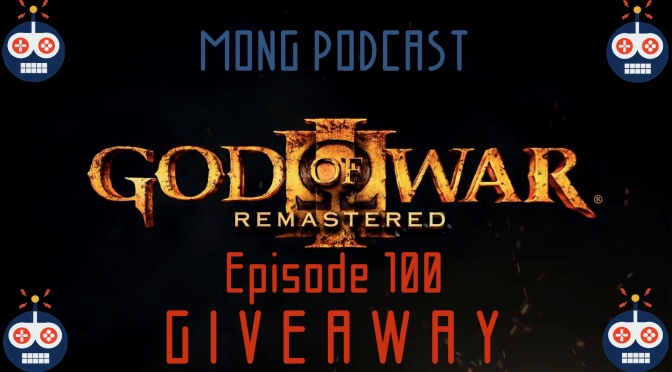 God of War 3 Remastered is a game about triumph and perseverance. MONG Podcast connects with it on a deep level for its 100th Episode, so we decided to give it away. Of course, we’re ignoring the extreme violence and revenge part… or are we?

Over the course of the next week, MONG is giving you the chance to win one of three games  in celebration of the Middle of Nowhere Gaming Podcast Episode 100.

Here’s how to enter the raffle for God of War 3 Remastered or Journey:

The night of the Podcast, we will decide on the best Thought out of Nowhere. The winner will get themselves a code for Santa Monica Studios’ and The Chinese Room’s Everybody’s Gone to the Rapture.

DON’T forget to claim your raffle entries on the Giveaway tab on Middle of Nowhere Gaming’s Facebook page! We want you to get all of the credit every day of the giveaway, and there is no other way of recording your entry progress, so help us help you.

The raffle ends on Tuesday, October 27, 2015, at 8:00 P.M. PST when the 100th Middle of Nowhere Gaming Podcast Episode begins on MONG’s Twitch channel, MONGPlays. Be sure to check it out!

Special thanks goes to SCE Santa Monica Studios for donating the codes available for the giveaway. They are certainly a special bunch.