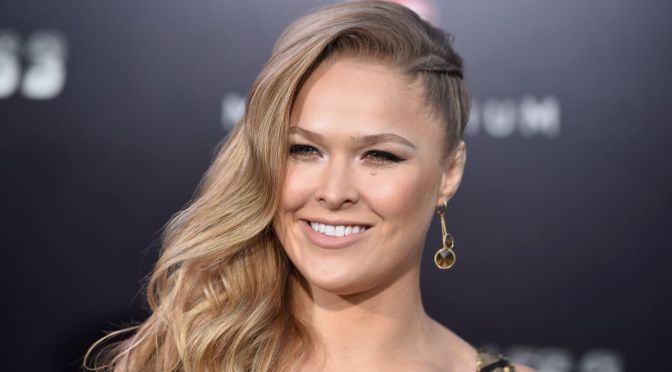 Ronda Rousey has gained fame and fortune as a mixed martial arts superstar over the last few years.  Her dominant in-ring performances and outspoken personality have gained her legions of fans and attracted the attention of Hollywood.

Already featured in films such as Furious 7 and The Expendables 3, Ronda Rousey has been open about film roles she would like to play.  In a recent interview with Gamespot, the former women’s bantamweight champion and avid gamer had this to say on what video game character she would like to star as in a movie.

“I’ve always wanted to be Samus. That would be badass. I love how people found out later that it was a hot chick on the inside. And then most of the day you’re in a suit, so you can just hang out and eat donuts and be the star of Metroid. I hope they make a movie out of that.”

I think Ronda Rousey would be better suited to star as Samus, compared to other roles she has campaigned for in the past like Captain Marvel.  While I haven’t played many Metroid games, I don’t recall Samus being very talkative which benefits Ronda Rousey as a novice actor and she certainly has the physicality for the role.  The likelihood of it actually happening seems slim as Nintendo doesn’t seem enthused about Samus in video game form, let alone as the star of a movie.