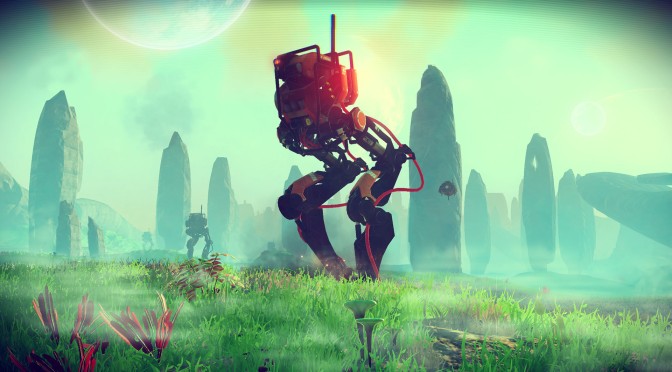 Today, No Man’s Sky Creative Director Sean Murray gave an update on the situation at Hello Games, revealing that the game has exceeded the studio’s expectations in regards to number of players.

The update comes in form of a rapid fire of tweets from Sean Murray on Twitter:

“We added a ‘scan for other players’ in the Galactic Map to try to encourage this happening. We wanted it to happen – but the first day?”

“We want people to be aware they are in a shared universe. We added online features, and some Easter Eggs to create cool moments.”

“We hope to see those happening… but too many of you are playing right now. More than we could have predicted.”

“It is a testament to how amazing our network coders are that Discoveries are still working at all.”

“For instance over night we hit 10 million species discovered in NMS… that’s more than has been discovered on earth. WHAT IS GOING ON!!!”

No Man’s Sky released August 9, 2016 for PlayStation 4. It is expected to release for PC this Friday.

Sean Murray and CO seem like great people who dumped oodles of blood, sweat, and tears into this passion project. For it to be exceeding expectations so far is heartwarming news. My Opinion on the game? It will be a game we look back on as an important game, especially in altering the landscape of the industry. Whether the actual game is good or meh will be up for debate — but it will be important for a multitude of reasons.