Fandom can be a crazy thing. While all of us are passionate about something, a select few choose to go above and beyond the usual standards and find themselves driven to do something remarkably creative — all to pay tribute to a video game or series they love. Developers are quick to react to these fan-made projects… but they often do so in the worst way imaginable.

First, let me say this — these developers and publishers obviously have the right to protect their intellectual properties (IP) in whatever manner these deem necessary. That should go without saying. Even so, there are better ways to go about it… but before we get to that, let’s rewind a bit.

You may have seen some headlines recently about Nintendo, but not for the usual reasons! Rather than attracting attention for whatever strange design its NX console may sport or for revealing new secrets about the upcoming The Legend of Zelda: Breath of the Wild, Nintendo has drawn ire for trampling on the affections of some particularly devoted fans. Just within the past few weeks, two wildly impressive fan-made games have been released to the public free of charge.

The first, Another Metroid 2 Remake (AM2R), was a labor of love for game designer Milton Guasti. Made over the course of an entire decade, Mr. Guasti completed AM2R and released it just in time for the 30th anniversary of Nintendo’s beloved Metroid franchise — an event Nintendo didn’t seem keen to celebrate in any meaningful way itself.

AM2R was a complete remake of the GameBoy’s Metroid II: The Return of Samus, with all-new sprites, backgrounds, bosses, totally reworked gameplay, and other improvements. Having never played a 2D sidescrolling Metroid game before, I gave this one a try purely out of curiosity — and because of this one unofficial game, Nintendo’s sci-fi series has a new fan. I intend to purchase and play each installment over the next few months, all because of Milton Guasti’s efforts. Unfortunately, within 24 hours of releasing his tribute, Nintendo issued a Digital Millennium Copyright Act (DMCA) takedown notice to the aspiring developer. This forced him to remove all download links from his blog, though even in the midst of what must have been great disappointment, his devotion to the company never waned. Delivering a simple message to everyone who followed the AM2R project, he posted the following: 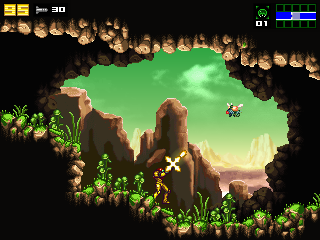 “Please, don’t hate Nintendo for all of this. It’s their legal obligation to protect their IP.

Instead of sending hate mail, get the original M2 from the eShop. Show them that 2D adventure platformers are still a thing people want.”

The sentiment is both level-headed and admirable, while also serving as an example which Nintendo’s executives should take inspiration from. Especially when you think about the next impassioned flame Nintendo snuffed out shortly thereafter.

Pokémon: Uranium is the most recent fan-made project released to the public, and truly astonishes in its sheer scope and scale. In fact, it manages to feel like an official Pokémon game in nearly every way — save for the plot, which has a somewhat darker tone than the official series.

Taking place in the Tando region, Uranium picks up several years after a nuclear disaster seemingly took the life of the protagonist’s mother. As aggressive new types of Pokémon (corrupted by nuclear radiation) begin to wreak havoc across the region, the protagonist sets out to catch ‘em all — and perhaps uncover new secrets hidden amongst conspiracies.

While Nintendo obviously wouldn’t want one of its most popular franchises linked to tales of radiation-related mutations and deaths, completely justifying the ensuing DMCA notice, it may have been too quick to stamp out the creator’s efforts. Boasting 150 all-new Pokémon designs, and loads of features unseen in official titles, Uranium would be an accomplishment for a full team to put together — let alone two people, going by “JV” and “Twitch,” over the course of several years.

Nintendo isn’t the only company to act this way, mind you. Only the most recent. Games created by fans, for fans, based on existing properties have been cut off at the knees for years. Other examples include the Shadow Moses Project (a Metal Gear Solid remake using Unreal Engine 4), Chrono Resurrection (a fully 3D remake of Chrono Trigger), and Resident Evil 2 Reborn (a remake of Resident Evil 2 (RE2) with controls similar to Resident Evil 4).

Out of those listed above, only the RE2 project yielded positive results for Invader Games (the creator). While Capcom still issued a DMCA notice, it also arranged a meeting with the small team of designers once an official RE2 remake was announced. Though the full extent of their meeting was kept secret, Invader Games was made privy to details about the RE2 remake following a tour and discussions with key members of Capcom. There has been speculation that the small indie developer may have become involved in some way with the official project, though nothing was ever confirmed — and Invader Games has since begun development on a new, original survival horror game.

And you know what? That is how these talented fans should be treated. Say what you want about Capcom, but they went out of their way to show respect to a small group of people who showed a tremendous passion for one of their games. Whether or not it resulted in more than a simple meeting, it reaffirmed that they appreciate their dedicated fanbase and are willing to show some courtesy — even in the corporate realm.

I’m not suggesting that any company should hire some random dude who whipped up a fan game. But on a case-by-case basis, perhaps some attention should be shown to an individual with a love for a property, talent with coding, and an innate exuberance for seeing a project through to the end. For example, imagine if Milton Guasti was contracted by Nintendo to create an all-new Metroid game for its eShop — albeit with help from a couple of Nintendo employees, simply to speed up development time and ensure overall quality.

Such an endeavor would be a cost effective way of releasing a new side scrolling Metroid spin-off game, which could be just what the series needs. In a climate where Nintendo doesn’t seem to think a full-fledged entry in the series will sell (yet inexplicably thinks Metroid Prime: Federation Force was the way to go), that would be a tremendous way of testing the waters and placating fans whose brand loyalty may be waning.

Or I’m just talkin’ out of my ass here, Ace Ventura style. Regardless, consider this food for thought. Fan-made games will never stop no matter how many takedown notices are dished out, and no matter what, it is we the fans who benefit on both sides. Those creative peeps with dedication to spare cranks out playable gems, and their peers find themselves with something new to play in-between AAA releases.

Now if you’ll excuse me, I’ve got some irradiated Pokémon to hunt. CATCH! I meant catch. If only I could find my hazmat suit…