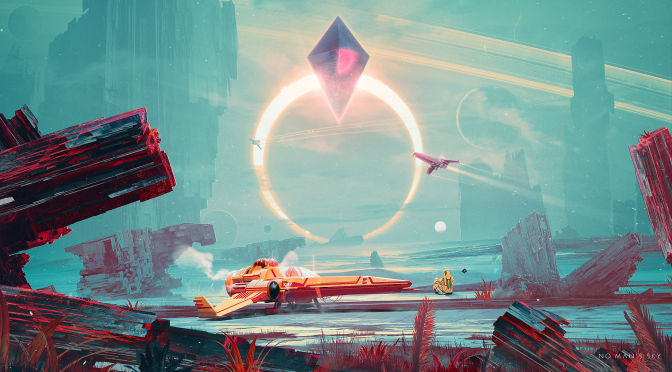 It appears the likes of Sony, Amazon, and Steam are unprecedentedly stepping out of their digital return policy boundaries, by allowing returns of No Man’s Sky, even if you have put considerable time into the game.

Never before has a game come out the gates with so much hype, only to immediately stumble, fall over, and get stampeded on like No Man’s Sky. It’s safe to say developer Hello Games has been the target of the most abuse on the internet so far this year: including rampant, angered criticism of the game itself, and accusations of lying about features that were promised but are nowhere to be seen in the final release. Many videos around the internet have surfaced showcasing interviews and soundbites of Sean Murray promising a plethora of features that would be in the game. Alas, they aren’t, and along with the numerous bugs and performance issues, many gamers feel cheated.

The result is an outcry for refunds, and unprecedentedly companies breaking or fudging their return policies in order to appease the gathering storm of disgruntled gamers.

According to various users on Reddit and NeoGAF, all three of the above mentioned outlets are honoring requests for refunds of the game, and are completely ignoring refund policies for digital games that usually stipulate a maximum play time beyond which no refund requests are honored.

It’s important to note: there are said to be exemptions in how refunds are working. Additionally, this is not official or guaranteed, as many other gamers have said they weren’t able to return their copies.

Sony nor Hello Games have yet to comment on the developing situation.

The internet is angry — the one constant in my life. I personally believe, if you have put more than a few hours into a game you shouldn’t be able to return it. Further, the situation with No Man’s Sky isn’t bad enough to warrant such an unprecedented return policy. Poor, poor Sean Murray.