Joycity has announced that it will be having a closed beta version of its multiplayer street basketball game, 3on3 Freestyle on PS4, sometime in Q4 later this year.

What is 3on3 Freestyle?

3on3 Freestyle is an online multiplayer basketball game that is literally 3 on 3 street basketball matches.

Joycity has said it is planning to update the game on a monthly basis once released. Further, it will also be offering a free PS4 theme and exclusive discounts on in-game items such as logos, clothing, and accessories for PS Plus users. So, microtransactions.

To sign up for the beta visit the game’s official website. 3on3 Freestyle will launch sometime on PS4 in Q4 of this year. A specific release date, nor price point, have been divulged.

I was pretty excited when I saw this game, but once I learned it was multiplayer only, I stopped caring. Arcade sports games is one of my favorite genres, but I mostly want to play them offline in a single player mode. 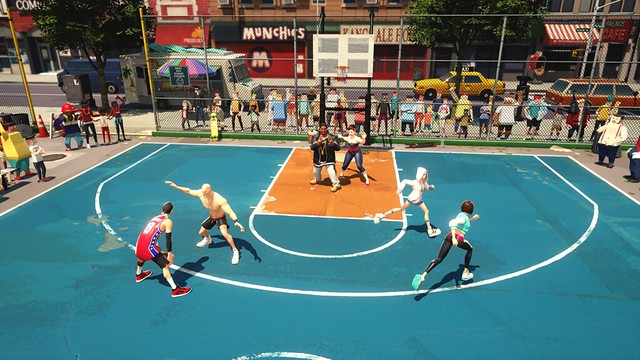