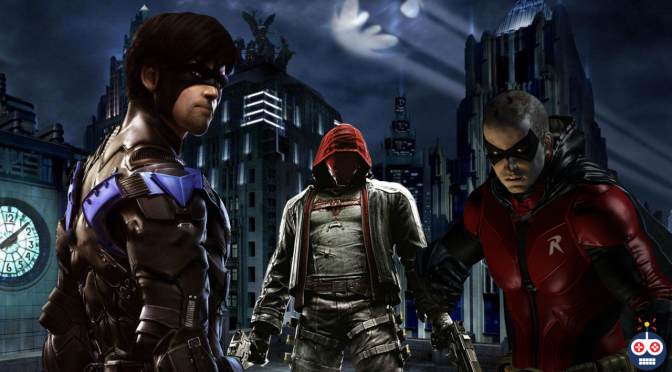 Prime 1 Studio is featured here often because of its high quality statues, and this one is sure to please most lifelong Bat-fans. 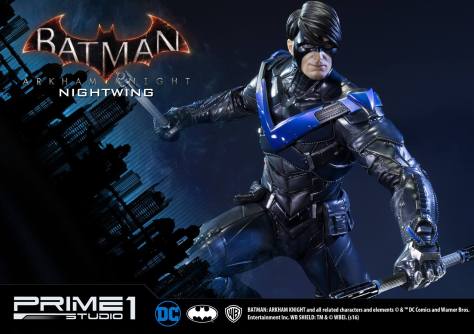 Based on the Batman: Arkham Knight version of Dick Grayson (AKA Nightwing), this 27” tall collectible boasts more detail than you can shake an escrima stick at. Every strand of hair, armored plate, and elastic strap is recreated faithfully from the in-game model, while also looking quite realistic. For added display options, the standard edition will feature two head sculpts, while the Prime 1 Studio exclusive edition will also include a third. 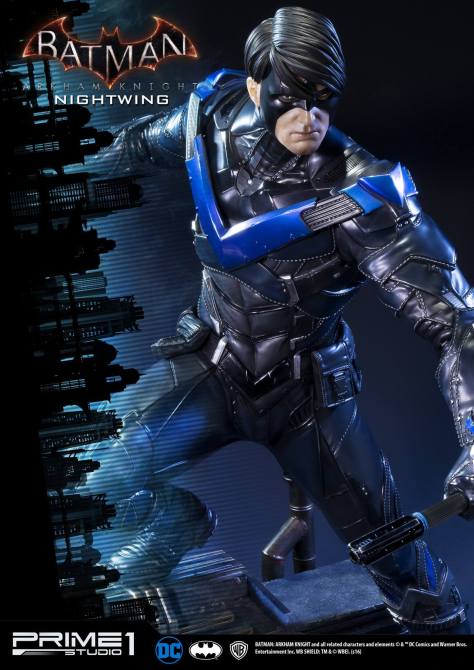 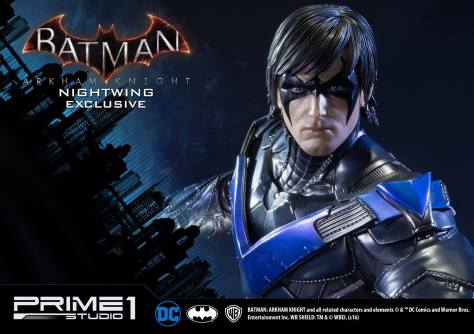 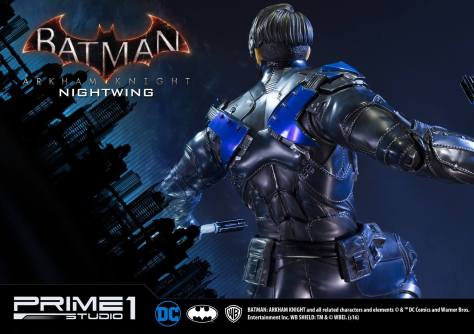 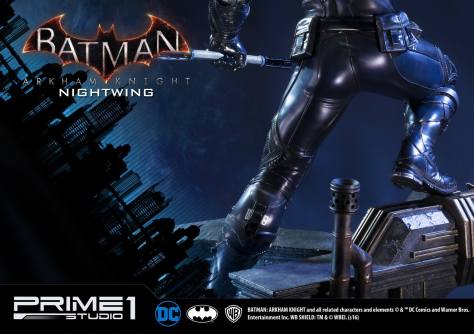 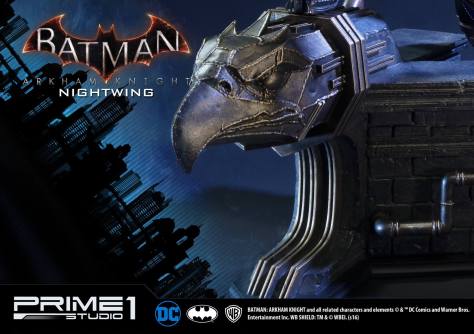 Prime 1 Studio is proud to present MMDC-12 Nightwing from the Batman: Arkham Knight. Raised by his parents in a circus, Dick Grayson was trained to be incredibly acrobatic. His parents were killed after criminals had failed to extort money from the circus. Dic was soon adopted by billionaire Bruce Wayne, who shared his secret identity and extensively trained the boy to become Batman’s sidekick, the first Robin. After he aided Batman for years, Dick eventually moved on and became a hero in his own right. As Nightwing, he worked with Batman as an ally. He was the main protagonist of the GCPD Lockdown DLC of Batman: Arkham Knight. 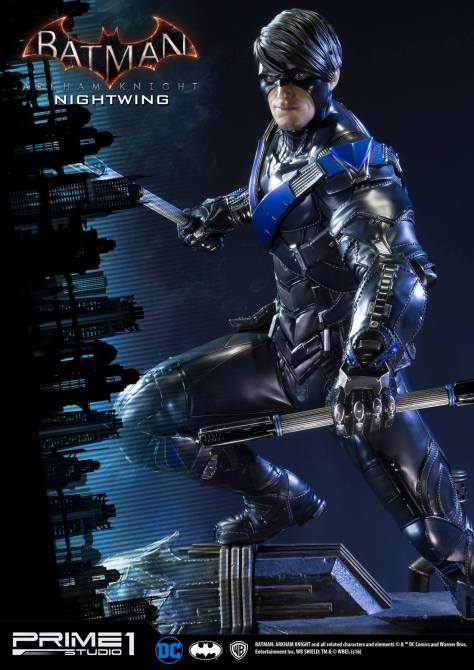 I wasn’t a big fan of Nightwing’s redesign in Batman: Arkham Knight, primarily because of the mask. I love how the third head from the exclusive edition is taken from the Batman: Arkham City model, which may be my favorite iteration of the character.