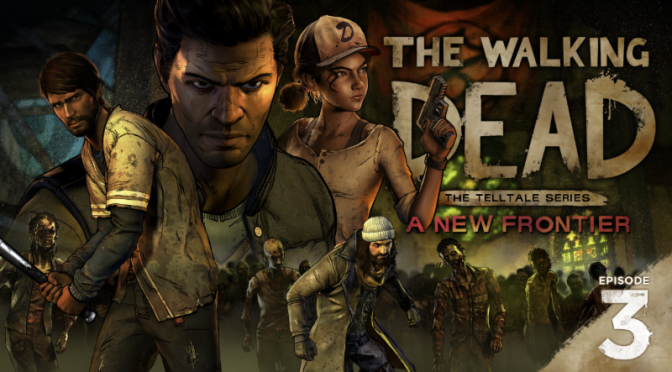 The Walking Dead: A New Frontier unfortunately takes a substantial hit in it’s third episode, “Above the Law”. As we fall deeper into the complicated family dynamics with Javi and company, tensions within the newly introduced community simmer, but fails to create a strong episode.

Similar to the previous two episodes, “Above the Law” begins with a flashback three months after the muertos (walkers) emerge. Javi and Kate’s relationship once again prompts responses for engaging in romance or forging platonic boundaries. These flashbacks with Javi offer nice context for his motivation, but this cookie-cutter approach for the first scene in each episode is getting a bit stale. If they were engaging enough, I would have no qualms with this formulaic approach, however, my interest is waning. 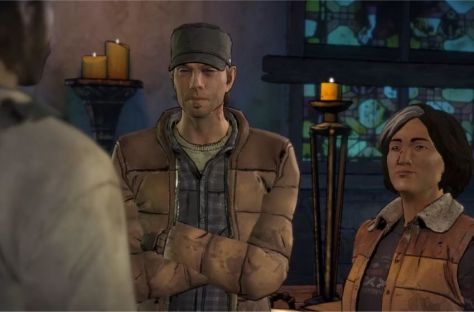 Following the flashback, Episode Three picks up immediately where the prior one concludes. David (Javi’s brother and Kate’s (former?) husband) is one of the leaders of the Richmond settlement. Since Kate is critically injured and Gabe is delighted to see his father again, both are rushed into the compound. The others, including Javi, are sent to isolation while they await for the leaders of Richmond to decide their fate. A slew of new characters are introduced, so much so that I nearly had to pause the game to sort them all out in my head. Several common post-apocalypse tropes helped slightly shape these fairly predictable new characters, but didn’t provide enough depth to justify their existence.

As has been the norm for A New Frontier, Clementine has the typical one-off flashback, but this time, finally opens up to the group. I was happy to see that my Clementine opens up to the group, notably because she shut herself off sometime between season two and three of The Walking Dead. I wouldn’t blame Clementine, especially with those heart-wrenching decisions she had made. These few moments during the flashback were the emotional highlight of the season thus far.

Sadly, the emotional attachment was nonexistent in the rest of the episode. Some tense action moments occur, revealing some critical information important to the narrative, but the intended shocking moments were unconvincing. The relationship between David and Javi is tested, similar to the opening scenes in episode one, and your choices help forge it towards amicability or toxicity. However, the final few moments of the episode were especially frustrating. Without revealing too much, I was rolling my eyes by the characters’ quick impulses to switch their opinions with no justification. Just as Clementine’s flashback was the emotional highlight of the season, the final moments are the lowest points in the season’s writing.

The disappointment for this episode was also compounded by a glaring glitch that occurred throughout the episode.Javi’s character model randomly and consistently had a piece of his shirt jettison out from him, ruining the immersion for me within the game. The typical frame rate hiccups did occur less often, but nevertheless, happened every so often during the action scenes. 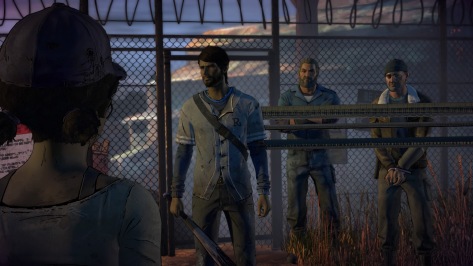 Despite “Above the Law” having some strong and emotionally driven flashbacks, the present day story was unconvincing and vanilla. The story issues are compounded further by the game’s glitching throughout the 1.5 hour episode. Based on the previous two great episodes, I am hopeful that the final two can turn things around from this disappointing dud.

2 thoughts on “The Walking Dead: A New Frontier – Episode 3 Review”