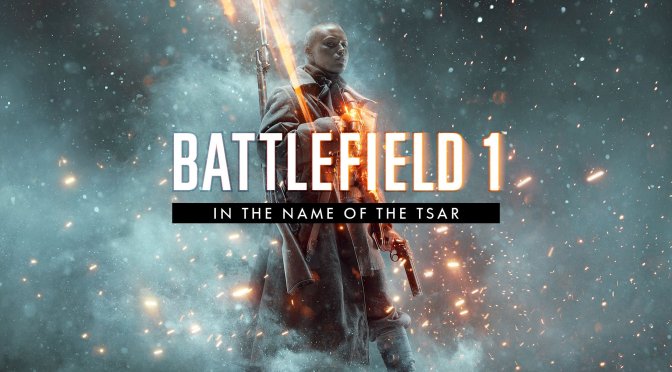 At EA’s 2017 E3 conference, Dice announced that coming this September, In The Name of The Tsar, a Battlefield 1 expansion, will be released.

This new Battlefield 1 expansion will bring the war to the Eastern front in the form of 6 new maps, new vehicles and weapons, and fighting against the Russian army as a member of a women’s battalion of death. With this expansion, there will be some updates for deeper character customization and a tweak to player’s progression.

In addition to this new expansion, it was announced that new competitive modes will be coming. More info on those at Gamescom this August.

This expansion looks exciting and I am more eager than ever to jump into Battlefield 1.