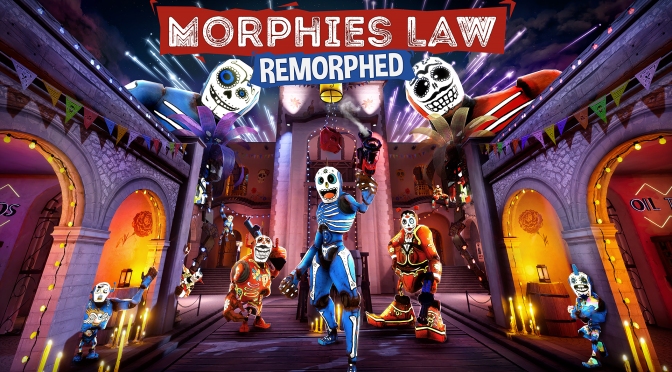 After a lackluster initial release on Nintendo Switch last year, Cosmoscope has been hard at work to create an updated and revamped version of Morphies Law coming to Nintendo Switch and Steam later this month.

Morphies Law is a wacky, mass-based, multiplayer third-person shooter that pits two groups of four against each other. Unlike other shooters, as you hit someone then your body grows, and conversely as you get hit then your body shrinks. Going even further, your character’s specific limbs grow and shrink based on the locations that you are shooting and getting shot. This offers some interesting character designs where someone can have a very large head, with tiny torso, and gigantic legs (yea, pretty wacky).

Within Morphies Law, players can also create their own weapons, customize your Morphie (character model), and engage in a variety of game modes to keep things interesting.

Morphies Law Remorphed lands on Nintendo Switch and Steam on July 30th and will also feature cross-play between the two systems. 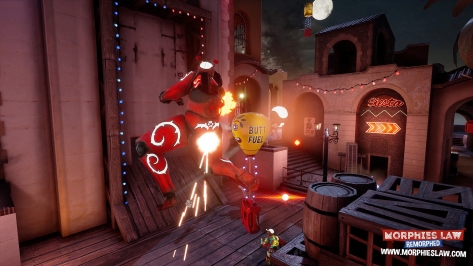 My Opinion:
Morphies Law came and went for me. Fun little game but didn’t have too much sticking power for me. With the new Remorphed version, I hope the game lands with more people. The fact that there’s cross-play as well is another fun factor for more matches to start for more people to enjoy!