With the final day of PAX East 2022 officially done, we’re excited to close it out with five more games from the show floor that we loved. Most of them are roguelites, so feel free to read this article, learn something about these games, then read it again…

Below the Stone is a hand-drawn roguelite where you play as a pushed aside dwarf that just wants to contribute to the community in the best way he can – by excavating resources to complete objectives and progress the story. The main gameplay mechanic within the game is to explore the procedurally generated biomes and evacuate safely with the items. As you explore, you see numerous creatures, a variety of minerals, and the constant struggle of either finishing while you’re ahead or failing to leave safely. I first played this game during PAX West 2021 and really enjoyed it then. This time around, it’s a bit more streamlined, a tad more aesthetically pleasing with its 2D pixel art style, and just as addicting. Below the Stone is set for a 2022 release on PC.

Wishlist Below the Stone on Steam

The Last Hero of Nostalgaia

Developer: Over the Moon Games

In The Last Hero of Nostalgaia, the world is literally fading away from a lush high-res 3D render to a bleak retro-style pixelated art style. Lucky for the world, you’re here to stop the disease and bring back the 3D elements to the world. As the most basic pixelated hero, you must forge ahead in this Souls-inspired game, all while a mysterious Narrator articulates your successes (and failures). As someone who has never played a souls-like game, I absolutely enjoyed the game and the 20-minute demo. The Thunderful Games rep emphasized that the game is meant to be more approachable than other souls-likes, but it still offers a level of rigor and patience likely required from the original source. The story, art design, and gameplay all meld so wonderfully together it is inspiring me to play a mainline Souls game (what have I become…). The Last Hero of Nostalgaia will release in 2022 on Xbox Series X|S, Xbox One, and PC.

Wishlist The Last Hero of Nostalgaia on Steam

A hidden gem for me while at PAX West this year was Source of Madness. Mentioned by other crew mates at Six One Indie, I was excited to check out this rouge-like game. Inspired by Lovecraftian lore, Source of Madness throws you into the life of an acolyte who roams the land while defeating grotesque monsters. Like many roguelites, Source of Madness not only randomly generates the landscapes of each area, it also generates the creatures you encounter. This differentiating format with the enemy creatures really leans into the Lovecrafian inspiration and almost guarantees that you won’t see the exact same creature twice. Plus, the gradual upgrades of permanent upgrades, customizable items, and ability to utilize strange magic makes Source of Madness yet another game to keep your eye on.

Check out the Early Access of Source of Madness on Steam 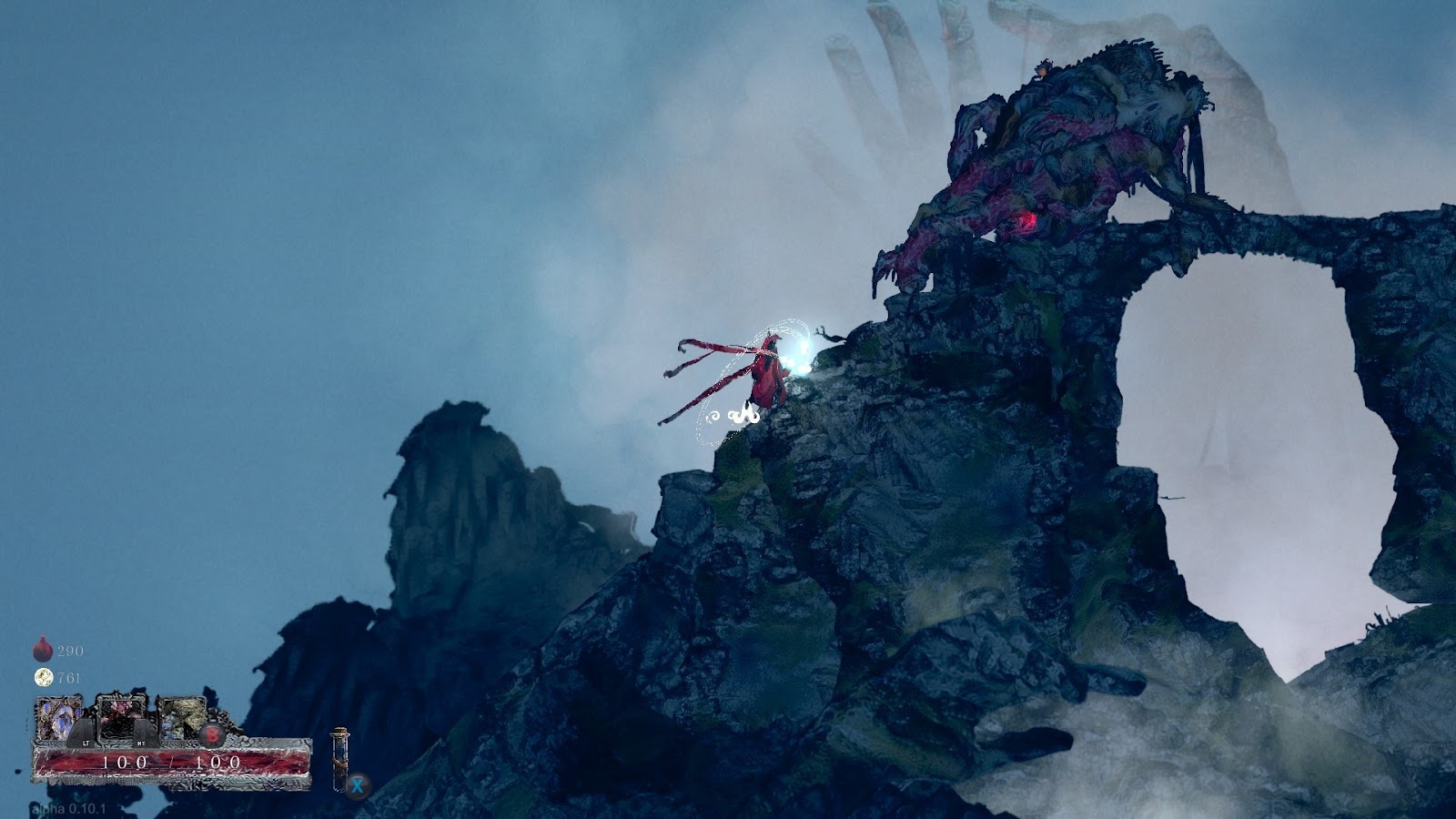 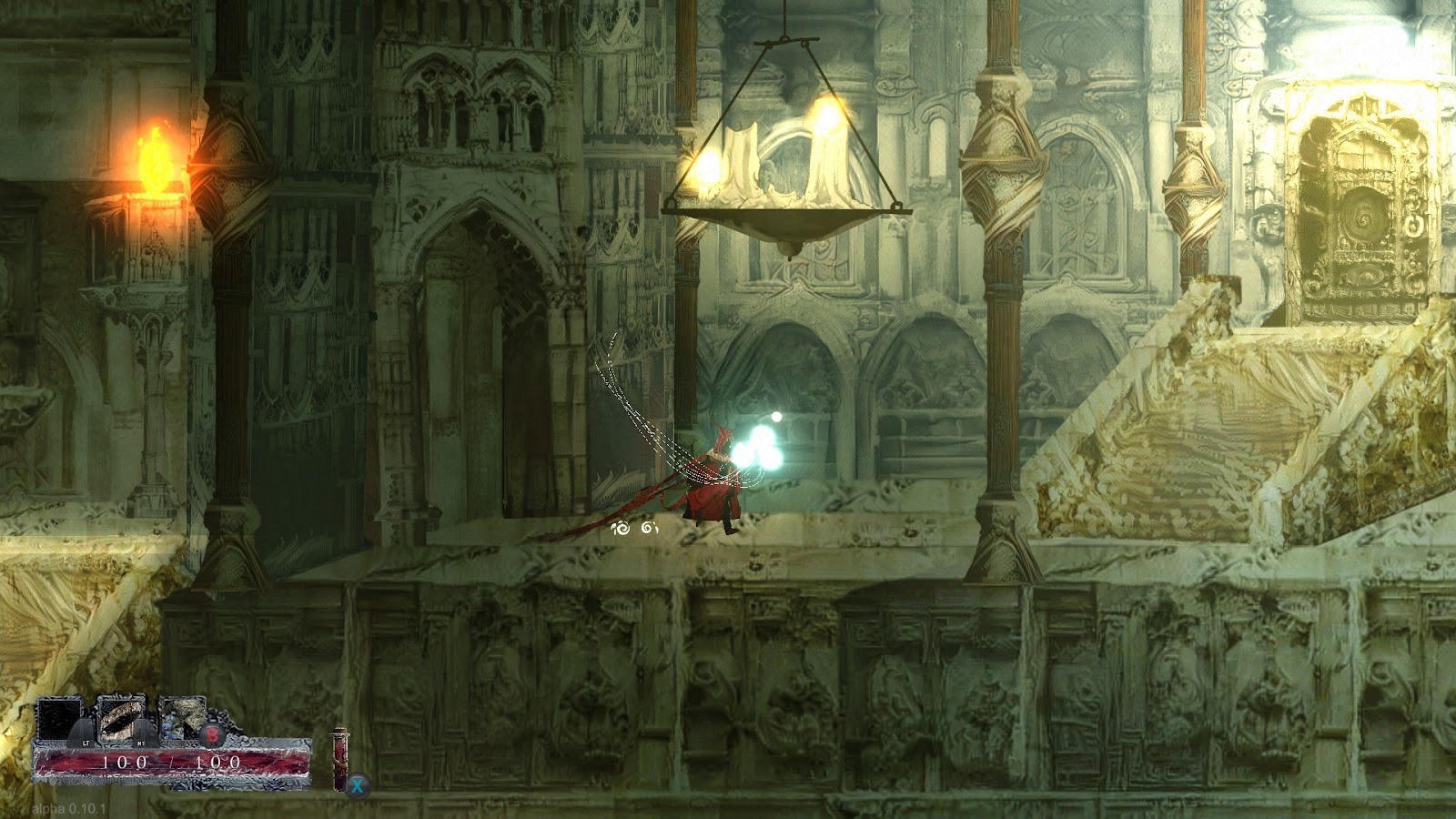 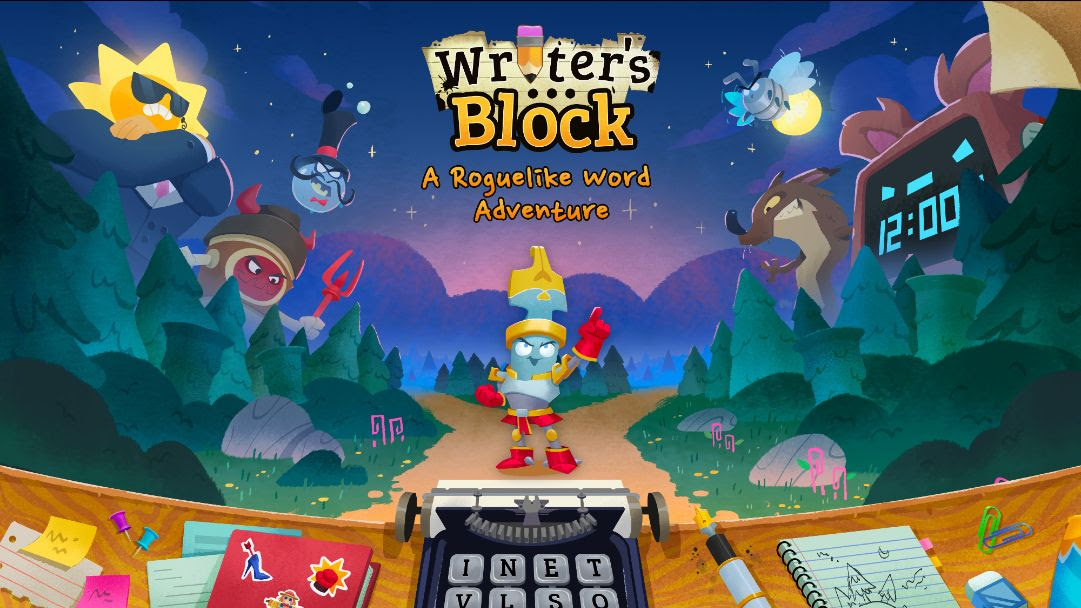 Writer’s Block is a roguelike word game that combines Slay the Spire with Scrabble. As you progress through a branching map, you must string together letters to form words and use their power to attack the enemies. These turn-based actions aren’t timed, so you’re able to really think about maximizing the letters in front of you without the pressure of a countdown. Unfortunately, the enemies offer various statuses and hinderances that force you to rethink your tactics. Writer’s Block is planned for a PC release in August 2022.

Demon’s Mirror is a roguelike deckbuilder, but with an added rift that incorporates a chain-3 battle system. The balance of utilizing cards and optimizing the chain-3 option happily blends really well together and adds another system to juggle – which I loved. As you traverse through the world, you encounter various enemies, additional cards, and bonus abilities to help you progress further. Though I only played about 20-minutes of this game, I was already getting a nice loop of bouncing back and forth between the cards and the chain-3 section – which is a really powerful feeling while maximizing all the potential.