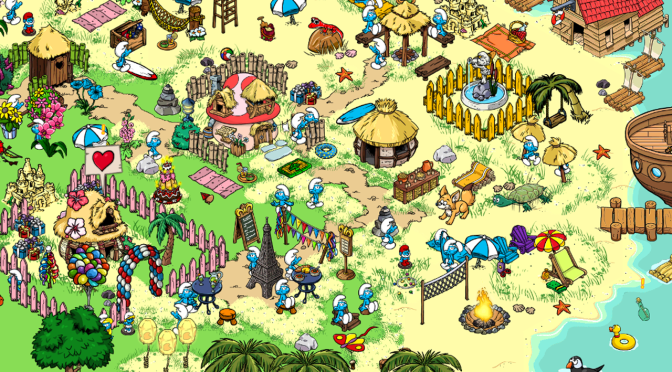 We all have played a Facebook Zynga game at some point. Yes, it is true; you are not the only one. That company in particular is known for its brand of games that can be played at leisure. While many people criticize it for being too simplistic and easy, it is important to the game industry.

It Actually Has a Sizeable Following and Revenue

Whether you are playing Mahjong or Farmville, you are participating in a casual game. While you might think that the demand for casual games is minimal, over 200 million people regularly played casual games as of 2009. The popularity is slightly awesome. This is probably because of a casual game’s ability to be played on almost every platform. It’s not just their following that’s stunning; the industry makes a pretty penny. According to theCasual Gaming Association, the casual gaming industry reports over 3 billion dollars in revenue annually. You can’t say that casual gaming is jaded or unused with figures like that.

It Targets a Wider Demographic Than Most Game Genres

Let’s be honest, most genres are severely limited by the audience they target. According to Nick Yee, a research scientist with Ubisoft who studies gaming behavior, FPS’s get most of their participation from male teens, and MMO’s are mostly played by people in their mid-20s. Casual gaming trumps both of these in the diversity of its participants. While the casual gaming industry is slightly week in the amount of teens that play them, they are able to claim a large following of younger kids and people well into their adulthood. This doesn’t seem like much, but the window in which people usually play casual games is much larger than that of either FPS’s or MMO’s. Most of these games are non-violent and that usually allows them a wider acceptance. I mean, there are no crazy parents blaming their children’s violent tendencies on Bejeweled.

The only major disadvantage to this type of gaming is the flip side of one of its benefits: it does not provide a great challenge. Many people like having to demonstrate and improve upon their skills by playing difficult games. Unfortunately, casual gaming is only difficult if a task’s success is based on chance. There is not the satisfaction of finally completing a level after many tries. In this manner, it is easy to see casual gaming as a toned down gaming genre.

While it is my opinion that casual gaming can be fun and refreshing, many will argue that it is a waste of time. Ultimately, it is up to the player to decide. This type of game, just like every genre, caters to people who already play it, so there will never be an unbiased opinion on it. I think that you can have a lot of fun advancing your character without having to manually perform all of the tasks, and I do think that it is worthwhile to play many of these games. Except for Farmville, no one likes Farmville.

2 thoughts on “The Importance Of Casual Gaming”