I will admit it: I am not the biggest fan of South Park. When an episode comes on the air and I happen to catch it, I will watch it and enjoy it, but I rarely seek out new episodes or try to catch up on the series. When The Stick of Truth was announced, I was skeptical whether or not the creators of the game would be able to make this South Park game accessible to people like me while also keeping fans of the show satisfied. So, will The Stick of Truth truly be magical, or will it simply be a stick in the mud? 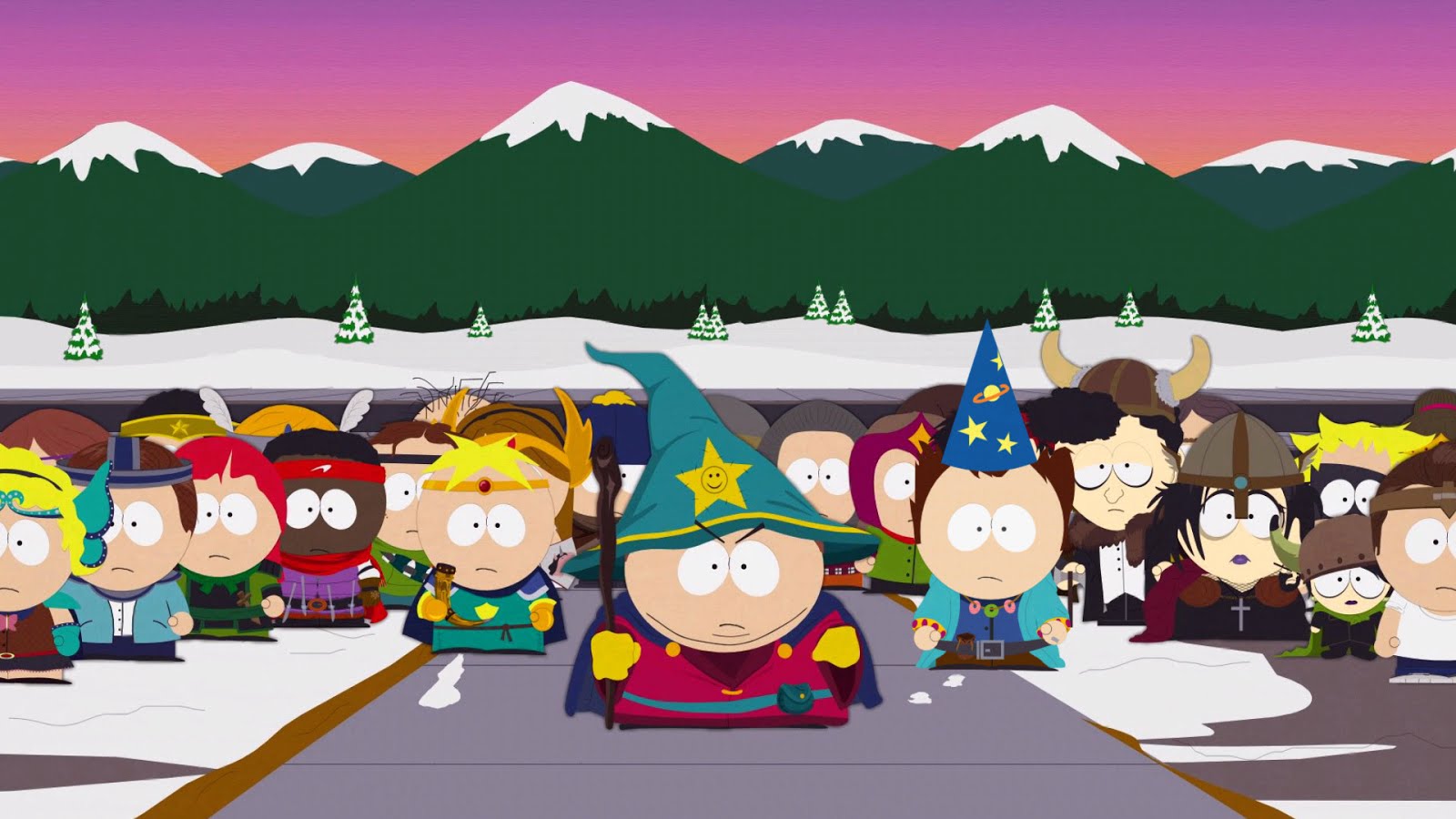 The game puts you in South Park as a new character that you can fully customize. You then see the children of South Park role-playing and fighting each other over the “Stick of Truth”. The children are split into two factions: the humans, led by Cartman; or the elves, led by Kyle.

As a South Park game, crude humor and gross-out moments are par for the course, and The Stick of Truth hits a hole in one. With jokes about abortions, anal probings, Nazi zombies, gingers, aliens, Taco Bell, and more, this game is packed with everything that makes the show special. In fact, the game plays out like an episode or a full season of the show. The game could have taken out the HUD and interactivity, and South Park could release it as a special edition season. The fact that the interactive experience made me feel like I was helping the gang of four in their experiences is worthy of being noted. 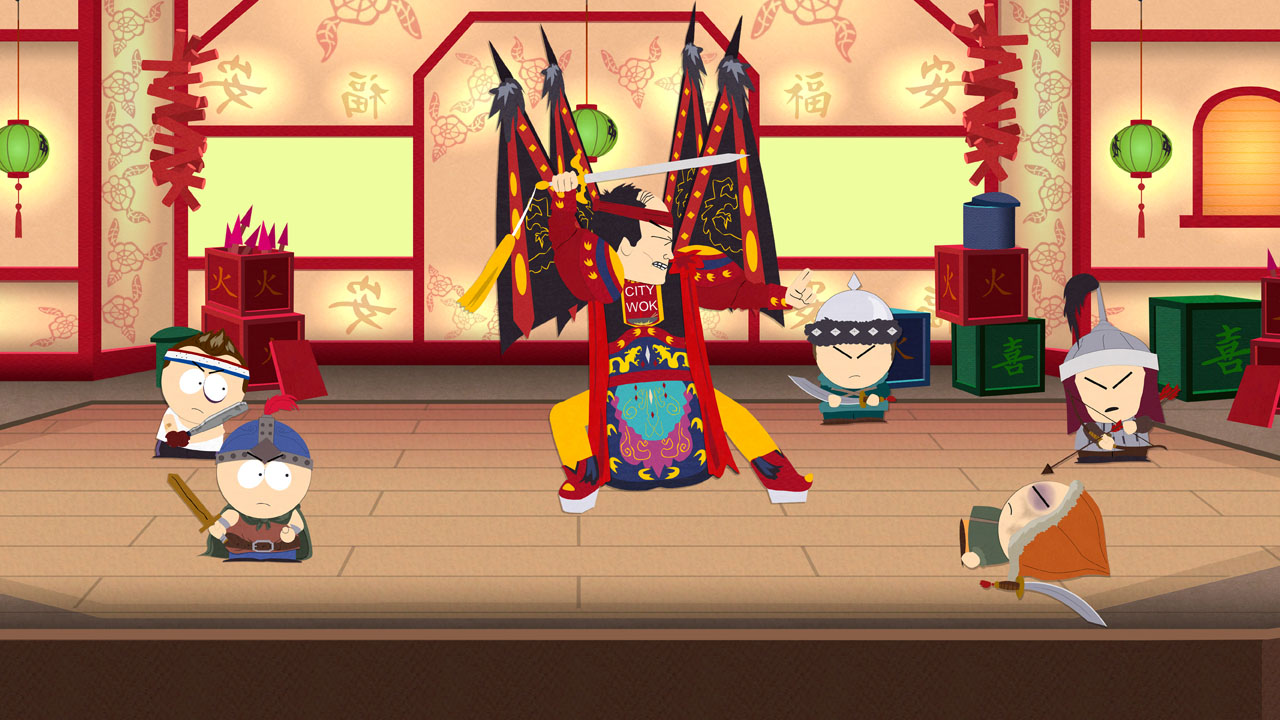 As an RPG, though, the game is fairly short clocking about 15 hours during my playthrough. The story is interesting all the way through, but it wasn’t the best in terms of an RPG. There are only 4 factions to play as: the Warrior, the Thief, the Mage, and the Jew. I didn’t find too much difference in them in terms of gameplay, but they are still fun to play as, no matter which one I chose. Overall, the replay value is relatively low for me, although for a fan of the show, it definitely warrants another go, as every gag, joke, character, or bit that has been in South Park is most likely in The Stick of Truth.

The presentation of South Park is just like its humor. It looks terrible to many people who aren’t familiar with the show, but looks exactly like the show it borrows from, which is exactly the point they were going for. The cutscenes are seamless when compared to an episode. The voice actors and music come back to recreate the feel of the show nicely.  All of the characters have their voices the exact same as the show and the song “Christmas Comes Once a Year” plays in the background while I perform an abortion on a man. The only place that does not have the same look as the rest of the game is Canada. 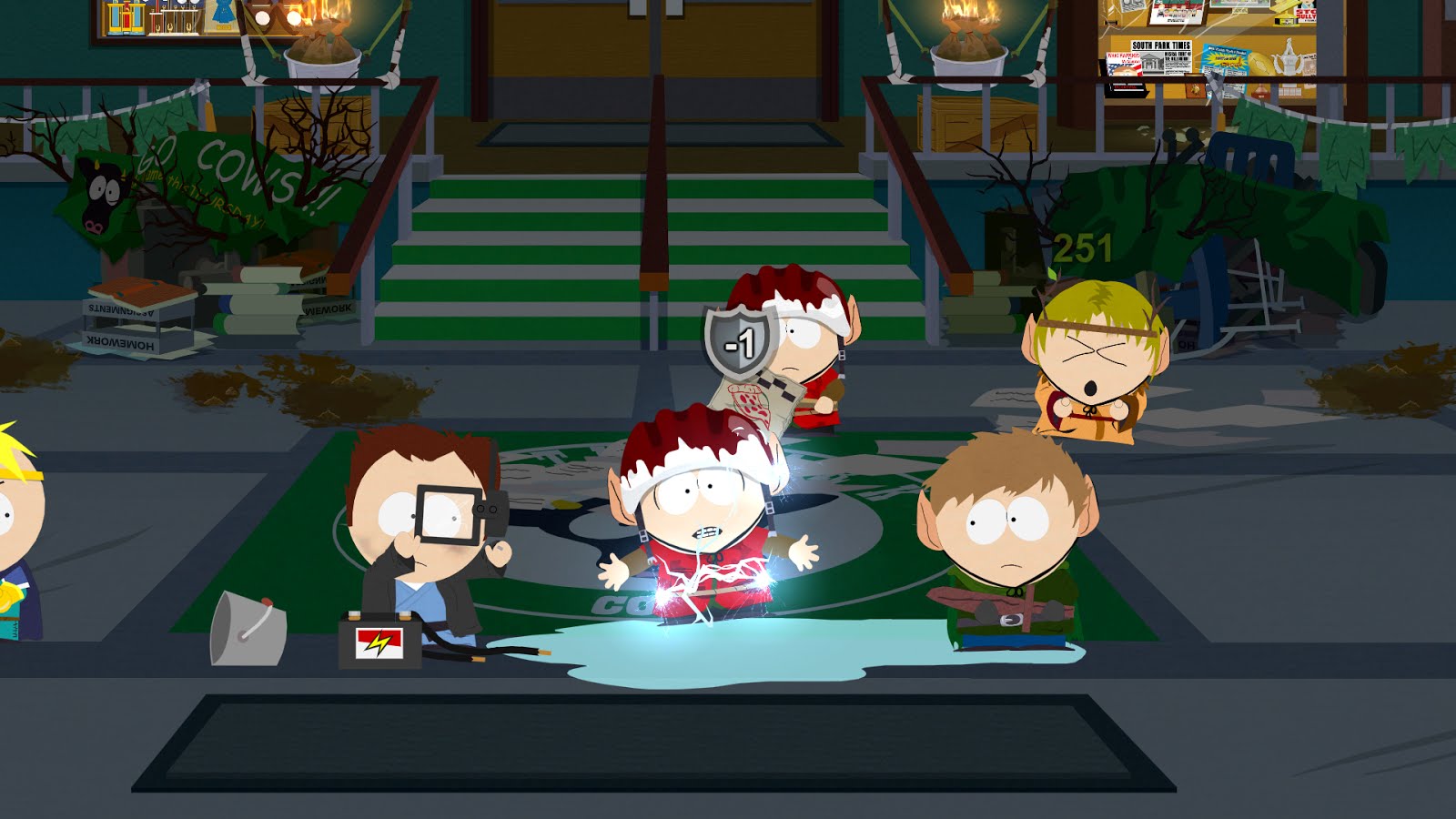 While the cutscenes are fluid and beautiful, there are glitches and bugs in the game. While I, playing on the Xbox 360, only experienced a few of these, such as a missing song or sound effect, I have had reports of other people having more bugs and even framerate issues. This may be an issue that is dealt with in a future patch, as they can really hinder a really immersive experience.

The gameplay, on the other hand, is not as good as I expected. Being a TV licensed title, I didn’t know what to expect, but the previews showed a combat system that was deep and intuitive. However, this isn’t so in The Stick of Truth. When compared to other RPG’s, this game doesn’t feature very much. As mentioned before, the four classes don’t really change gameplay, and even though you can have a companion with you at all times, you can only choose one, and they are fairly similar in play. 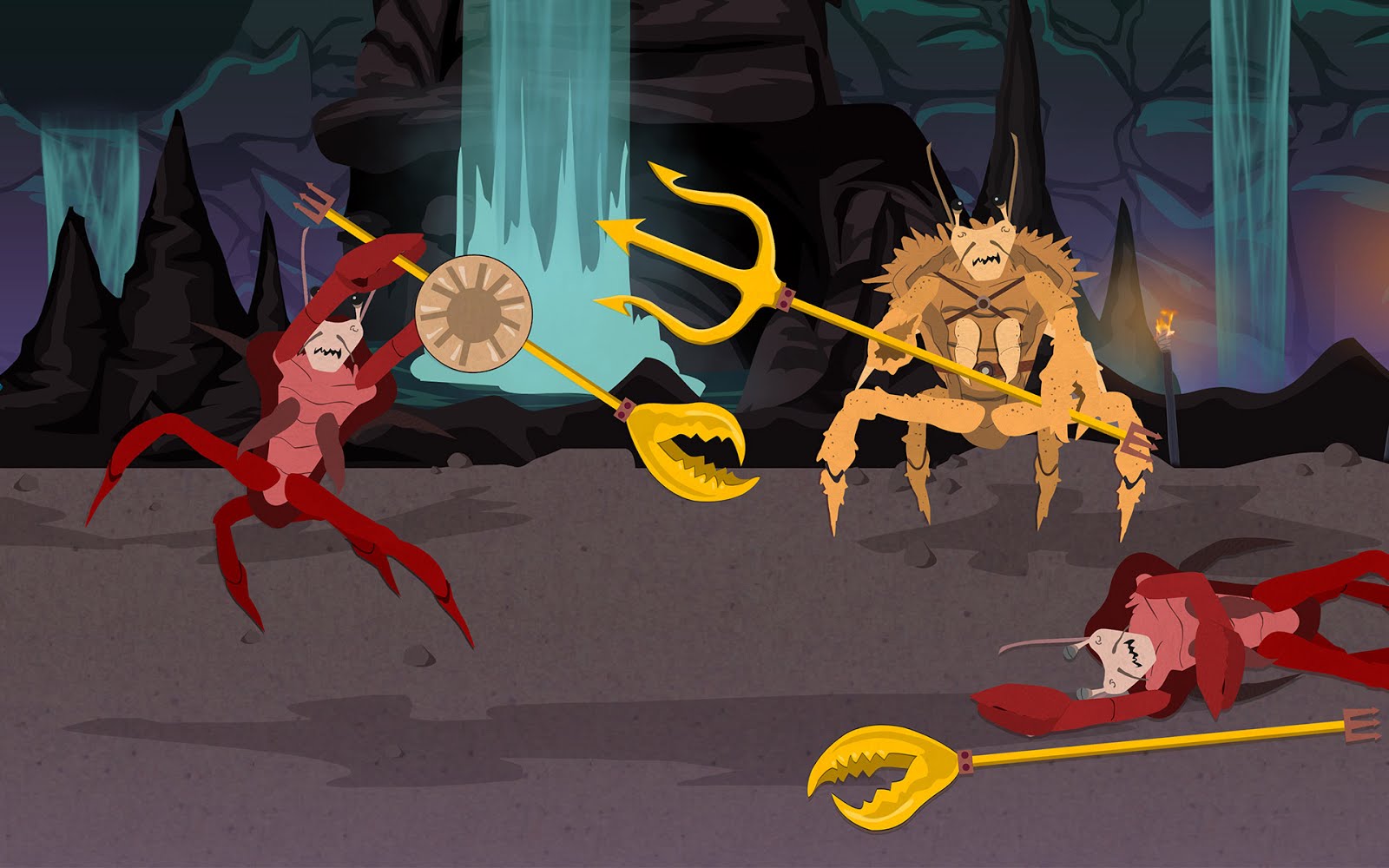 The combat employs different stances, weapons, and elemental attacks, but some of the powers seem to be quite overpowered, especially with some of the side characters. Although I had many health potions, I didn’t use many until the end. Overall, the game felt too easy on its normal difficulty.

It also seems too simple because of its lack of other features. Besides farting spells and the blocking system, it doesn’t have any innovation in the RPG department. I understand that they are kids, but The Stick of Truth could have had so much more in terms of gameplay styles. Even though more weapons and armor could be picked up, I wish more collectables could have been used for more special attacks, like the Chinpokomon that can be collected. It works, but it doesn’t satisfy my RPG itch. 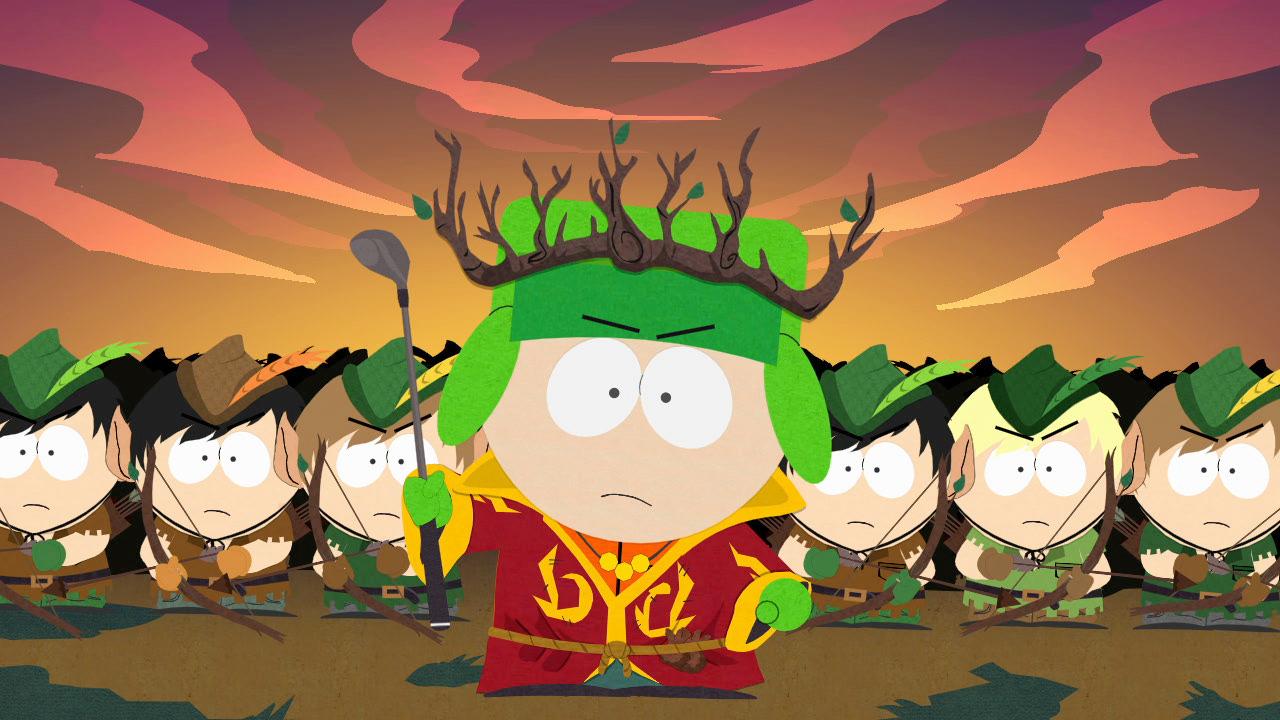 The South Park: The Stick of Truth is a game that is faithful to the show. From all of its fanservice to its look straight from the show, it should be a must-buy for South Park fans. As for those who do not like the show, stay away. For moderate fans like myself who want a solid RPG, it works, but doesn’t quite live up to the more traditional RPG’s. This South Park game has humor and its pulls off the show wonderfully, so it is worth the experience, although I would like to see more done with this game and would recommend that those who do purchase this game try it on a harder difficulty and remember to never ever fart on someone’s balls.

One thought on “South Park: The Stick of Truth Review”