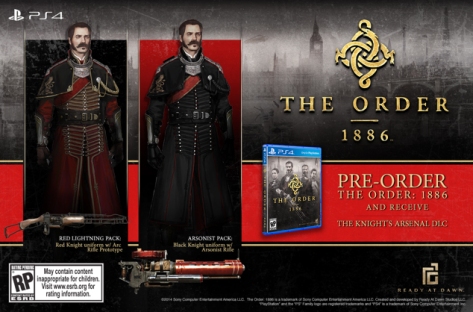 If you purchase the Collector’s Edition for $79.99, you will receive:

If you purchase the Premium Edition for $149.99, you will receive:

Make sure and check out the new trailer for The Order: 1886.

Yet another awesome Collector’s Edition I am going to have to seriously consider picking  up.  However, I don’t like the February 20th release date as that is really close to The Witcher 3: Wild Hunt.