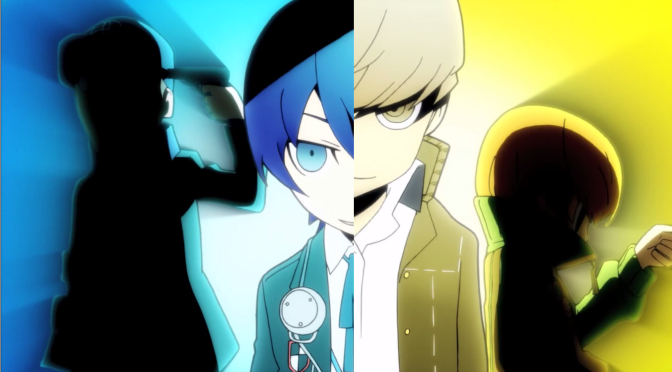 Yesterday, Atlus revealed that Persona Q: Shadow of the Labyrinth will be released on November 25th exclusively for the Nintendo 3DS.

Persona Q: Shadow of the Labyrinth follows the casts of both Persona 3 and Persona 4 as they try to figure out the secrets of Yasogami High (the high school setting in Persona 4). Persona Q: Shadow of the Labyrinth will also have elements of the Etrian Odyssey series, such as the map making on the touch screen. This will provide a best of both worlds, merging the gameplay of Persona and the exploration of Etrian Odyssey. Instead of the normal art direction the Persona games are known for, it will have a chibi style instead. Along with the release date, Atlus has released the opening movie to Persona Q on AtlusUSA’s YouTube page.

Not only that, but first-run copies of both the Wild Card edition and the standard edition will have 11 tarot cards from the Persona series. The other tarot card set will be packed with Persona 4 Arena Ultimax. 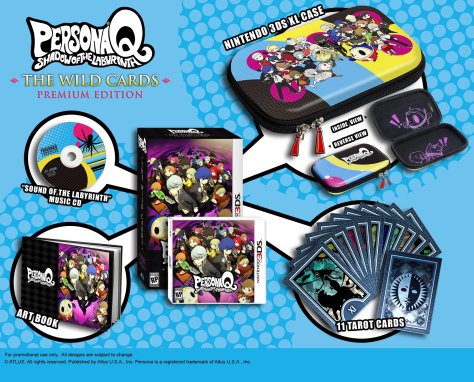 If you wanted to find out how map making works, you can download a demo for Etrian Odyssey: The Millennium Child for 3DS.

Persona Q: Shadow of the Labyrinth will be released for 3DS on November 25th, 2014.

I’m hyped. While there are many games for the 3DS that I would like to play, but Persona Q: Shadow of the Labyrinth was the tipping point for me to get a Nintendo 3DS. I got the Wild Card edition coming for me. Knowing that Persona Q will come out later this year will help ease the wait for Persona 5 which comes out sometime next year.

Jesse Webster is a Senior Writer at MONG and knows that it won’t be long before he is known as the “Persona Guy.” You can find him on Twitter.