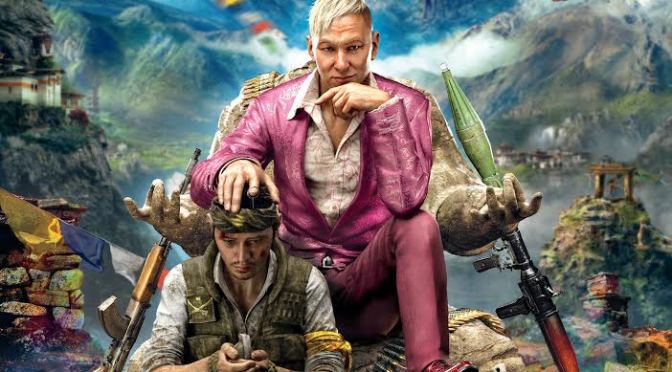 In a gloriously absurd PR stunt, Ubisoft has started a contest that will send one winner to the tippy-top of Mt. Everest, Earth’s tallest mountain, to play Far Cry 4.

This is a “historic undertaking” according to the video, which fails to realize that historic isn’t a synonym with the words “smart” or “good.” Alongside history is a “one-of-a-kind gaming device” fit to withstand the harsh climate of Mt. Everest’s peak. Money well spent!

Those who want to risk life and limb (most notably their fingers due to frostbite) only need to submit a two-minute video explaining their gaming qualifications. Your physical abilities aren’t as important as your fanship with the Far Cry franchise.

Oh, and don’t forget the hashtag #FC4QuestforEverest, because this wouldn’t be a PR stunt without a hashtag.

If my extreme derision isn’t already clear, then let me be blunt: This is stupid. Worse, this is a giant company acting stupid while treating its fanbase as if it were stupid. How little they must think of us to even bother with this! This is heaps of stupid upon stupid, and all for the sake of a bad publicity stunt that, on top of being stupid, is also very dangerous. Wikipedia has an entire headline about Mt. Everest’s “DEATH ZONE” which, in this case, isn’t the name of a Metallica cover band.

This is why the video game industry can’t have nice things.

Chad Waller is an Associate Writer for MONG who has lots of opinions. He’s currently working on a video game and sometimes likes to write stuff.