Yesterday, Yacht Club Games revealed a very detailed account of their sales numbers for their first game, Shovel Knight. The 2D side scrolling platformer has the look of an original Nintendo game and it is available now for Nintendo 3DS, Nintendo Wii U, and PC. 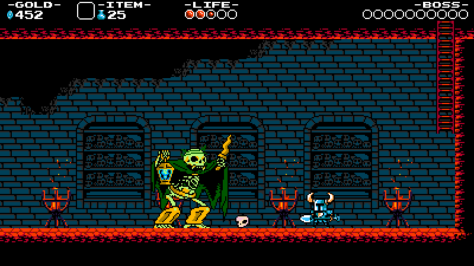 Last year, Yacht Club Games released a Kickstarter on the game and it went over successfully, earning $236,502 more from their $75,000 goal. This also includes any Kickstarter rewards to people that pledged X amount for the game. The blog post will tell you everything about the creation of Shovel Knight. I feel like it’s a required reading.

Middle of Nowhere Gaming gave Shovel Knight a 9.4 out of 10 stating:

The game is worth checking out for more reasons that I can name: pristine level design, the constant awful puns, the beautiful sprite models, the randomly occurring events in the overworld. As I mentioned before, I could go on for hours.

Seeing Yacht Club Games make a blog post about the creation of Shovel Knight makes me want to get the game even more. I love that they wrote the experience and people can see what it takes to make even a small indie game. I am going to download Shovel Knight, and hopefully soon.

Jesse Webster is a Senior Writer at MONG is solving puzzles and might be dodging zombies. You can find him on Twitter.