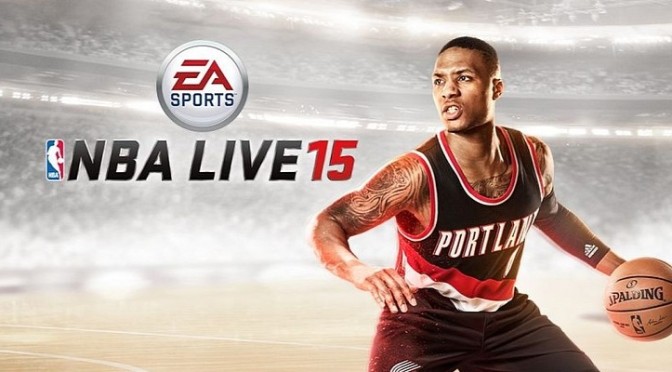 Damian Lillard makes history as the first Portland Trailblazer to grace the cover of NBA Live in the U.S.  The former Rookie of the Year has been working with publisher Electronic Arts on the game for two years.

Lillard was used for motion capture as well as providing voice work for the new tutorial mode featured in NBA Live 15. The All-Star point guard shared his thoughts on his selection via Instagram.

“I’m so honored and I’m so blessed to be in this position. I’m thankful to EA sports for making me the cover guy. It’s been a long time coming, took a lot of hard work, and it’s a dream come true.”

To see Damian Lillard in action working with EA, watch the video below which accompanied the announcement of him gracing the cover. NBA Live 15 releases for the Xbox One and PlayStation 4 on October 7th.

As a fan of Damian Lillard I am happy to see him be chosen for the cover.  He’s another fearless point guard from Oakland in the tradition of players like Gary Payton and Jason Kidd.  One of my favorite moments of the playoffs last year was seeing him hit the game winner against the Houston Rockets in the 1st round.  NBA Live has been really struggling the last few years as NBA 2K has dominated the basketball arena.  Hopefully they can start turning the series around to provide some competition and prevent 2K Sports from ever becoming complacent.