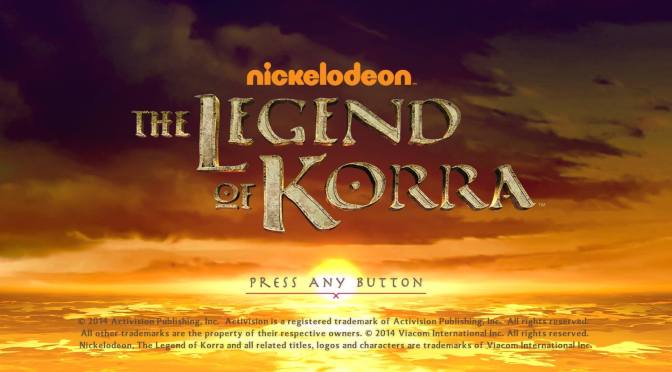 Long ago, video games lived through a golden age. Then, everything changed when shovelware appeared. Only Rare, the developer that made a licenced game revolutionary with Goldeneye, could stop bad shovelware. But when the community needed them most, they vanished into Microsoft’s arms. Several years passed, and another developer was found: Platinum Games. Although they have made several great games in the past, they have a long way to go before they can save any franchise. However, I believe that Platinum has the potential to save licenced games. So, does Platinum’s first attempt, The Legend of Korra, finally bring balance to licensed and unlicensed games, or has The Legend of Korra been equalized to other licenced games?

Before I start, I need to add a disclaimer here: If you have not watched The Legend of Korra or its predecessor, Avatar: The Last Airbender, much of this game will be as clear as the opening of this review. YOU HAVE BEEN WARNED. 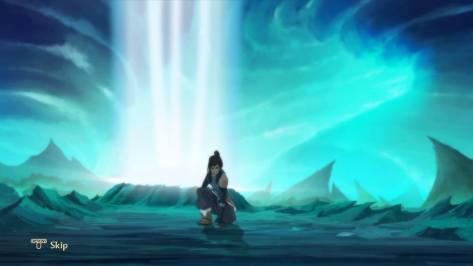 The plot in the game is a bit lazy. Admittedly, the series as a whole has had some awkward moments and several dei ex machina, but the game is worse. The game follows our titular character, who loses her bending due to an old man stealing her chi, and she must get them back, one by one. The Chi-blockers — non-benders that have to ability to temporarily block bending using pressure points — are back from Book 1, this time employed by the old man, and their grudge against the Avatar has not lessened one bit. Korra must then get her bending back and find out the identity of this old man, a task that takes her from Republic City to the Spirit World.

The story seems like it was just thrown together to put these fights in different locations. Cut scenes either provide exposition or serve as an introduction to the action, sometimes without giving an explanation about why something is happening. The identity of the old man as well as the reason he can take away Korra’s chi is not something that is memorable, even for those unfamiliar with The Legend of Korra as a whole. Personally, as a fan of the series, it would have worked in the game’s favor if it was set between Books 1 and 2 instead of 2 and 3 —SPOILER— Korra loses most of her bending at the end of Book 1 and the Equalists were still a big force in Republic City, even after Amon is disposed of. —END SPOILER

However, it is the way Korra gets her bending back that is the biggest problem with me. Since Tenzin and the other Airbenders are on a trip somewhere, spirit Jinora tells Korra how to unlock her bending by doing certain combat requirements like dodging at certain points in the game. Why she doesn’t tell Korra all this BEFOREHAND is unknown. It feels just like a simple way for the developers to just say “She should get her bending back about here”, and they inserted a simple challenge to unlock her bending. I would have at least liked a reason, but this seems like the laziest of writing and has the story almost collapse on itself like a broken cabbage cart. 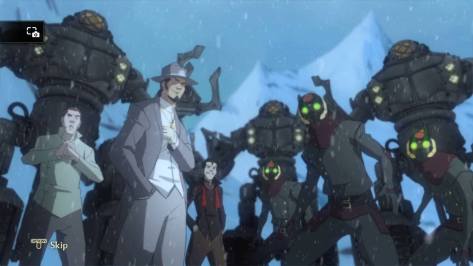 “It Looks to be an Exciting One, Folks!”

The game, however, looks like the show for the most part. During gameplay, the game has a cel-shaded style and seemingly painted skyboxes, making it match the characteristic art-style of the series. The cutscenes could have been mistaken for the show itself if it were not for some weird issues like lip-syncing. The animations are great; it is obvious that Platinum did their research. When Korra goes into the different bending forms, she takes different stances and performs different moves from the martial arts that the bending forms are based upon. It is a small detail, but it is worth noting. They could have extended that variety to the enemies, however. Besides three different colors of Chi-blockers, Korra faces waterbenders, earthbenders and firebenders, but each of these have only one model. Korra also faces Mecha-tanks, which also only have one model, and spirits, of which there are three types.

Similarly, the sound is also beautiful. The music sounds like something straight from the show, and the voice actors return for the game — well, some of the voice actors do, anyway. Aside from Korra, Jinora, Mako, Bolin and Iroh, no other characters appear in the game, sans the antagonist. Tenzin’s voice is heard giving the introduction, but it is obviously ripped straight from the show. Other characters, like Asami and Ikki, are mentioned but never seen or heard. It is disappointing, but since the game is only four to five hours long, it is understandable. 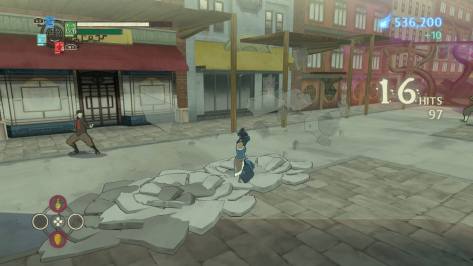 The gameplay is passable. The two button combos work well for each of the four bending styles, which can be leveled up to increase health and increase chi. Blocking and countering also work, although there is a relatively small window to counter in. The countering, however, is extremely effective against boss characters, so using them will be critical in defeating them. You can purchase upgrades and other items from Iroh’s Spirit Shop, but I rarely used them except when I was in a tight spot. You can also purchase moves but, again, they are not useful in battle. It quickly gets repetitive as the AI becomes predictable.

Another point worth mentioning is the minigames. At a few points in the campaign, you will ride your trusty polar bear-dog Naga in a Temple Run like minigame. This is fun, but not too rewarding. You can use bending to give Naga a speed boost, a double jump or a shield. The other minigame, Pro-bending, actually showed promise, as it used the same rules as from show. I dreamed that I would get a team of three people and just bend the elements against another team online and battle them. Sadly, though, this is single-player only. Had Platinum Games made this an online multiplayer mode, I could have seen more reason to keep this game on my hard drive.

The Legend of Korra is not the worst tie-in video game I have played. It can be fun, good to look at and the pro-bending can be a fun distraction. However, with a shallow plot, low enemy variety and repetitive gameplay, I can’t really recommend The Legend of Korra to anyone except fans of the series. Even for those fans, it is barely worth the $15 spent. The story and gameplay isn’t memorable, but being able to pro-bend alongside Mako and Bolin while the best announcer ever narrates your match looks and sounds authentic.