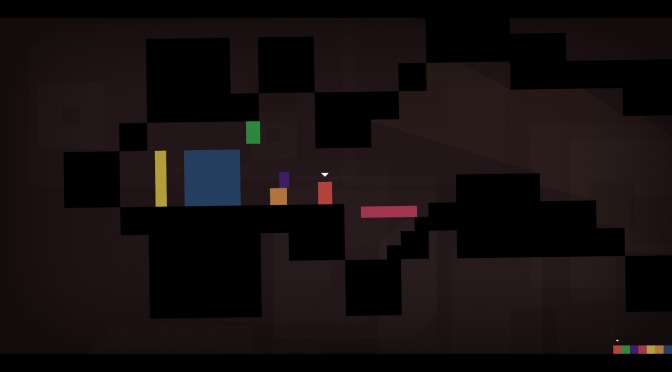 Curve Studios has announced that Thomas Was Alone will arrive to the PlayStation 4 and Wii U on November 25th for $9.99.

Previously released on PC, PlayStation 3, PlayStation Vita, iOS and Android, this will be the first time Thomas Was Alone will be released on current gen consoles. The game was also announced previously for Xbox One, which was not mentioned in the latest announcement.

I love Thomas Was Alone so much. I picked the game up on a Steam sale because it was cheap. Anyone who has not played it absolutely should.

Riley Berry recently sold his soul to MONG. Since he feels queasy at the sight of blood, they allowed him to sign the contract with ketchup. You can follow him on IGN.