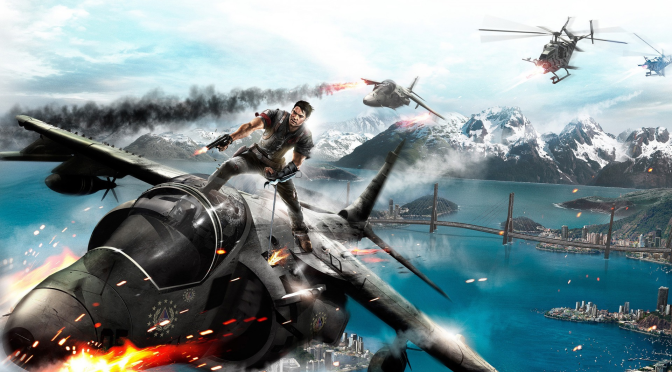 Avalanche Studios has clarified that Just Cause 3 will not include microtransactions.

A week ago, screenshots leaked that suggested Just Cause 3 will feature microtransactions. The screenshot showed a vehicle selection screen that allowed the player to buy it once or rent the vehicle for unlimited use within the time frame. Today, Avalanche Studios posted an update that microtransactions are not in the game.

“Following last week’s rumours and speculation, we also wanted to take the opportunity to address a few misconceptions. Those leaked screenshots were taken from an ancient version of Just Cause 3. Like most games, this one went through an exploratory phase where we looked at different control schemes, different technologies, different business models. Those leaked screenshots show aspects of that process, and in no way reflect the game we are making today.”

“To be perfectly clear: Just Cause 3 will be available in 2015 for PlayStation 4, Xbox One and Windows PC. It will be distributed as a retail box and digital download. It is not a Free To Play game. It does not feature in-game micro transactions.”

However, while they denied microtransactions, they did not rule out other downloadable content.

“Does that mean we’ll release the game and call it quits? Nope. Beyond launch, we are likely to look into DLC packs and items as part of our ambition to support Just Cause 3 and its players for many years to come, but until that time we’re completely focused on making the best Just Cause game we possibly can. Rest assured it will be a huge, fully packed and extremely rewarding experience right out of the gate.”

Just Cause 3 was just announced yesterday by Avalanche Studios.

I’m glad that Just Cause 3 will not have microtransactions, but the fact they were considering it makes me a little disappointed. However, I am still crazy excited for this game.

Riley Berry tried to grapple on a jet once and got arrested. When asked why he replied: “Just cause.” You can follow him and his bad jokes on IGN.