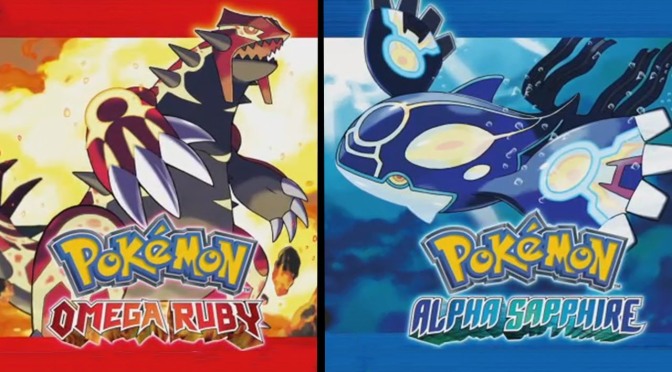 HOW REMAKES SHOULD BE DONE

It has been a long and hopeful 12 years, but the remakes of Pokémon Ruby and Pokémon Sapphire have arrived! The first Pokémon remake on the Nintendo 3DS, Pokémon Omega Ruby and Pokémon Alpha Sapphire wonderfully translates the Game Boy Advance games to the 3D realm. Whether you’re a veteran Pokémon master, or someone who is yearning to try something new, these games are absolute gems.

The story begins exactly like the originals – a 2D Professor Birch welcomes you to the world of Pokémon. The camera zooms out and shows a GameBoy Advance-esque device showcasing the actions while your character sits in the back of a moving truck. Aside from the storyline, this is a wonderful nod to the original games that I had to mention. 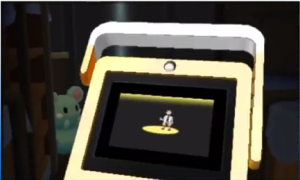 Just like any iteration of any Pokémon handheld game,  you’re a denizen of a small town who is given his/her first Pokémon. You are tasked to find and collect information on as many Pokémon as you can, explore the numerous areas of the region, and to protect it from the evil doers (Team Magma in Omega Ruby and Team Aqua in Alpha Sapphire). You are also challenged to defeat the eight gym leaders of the region, increasingly powerful Pokémon trainers who reward you with badges after each successful battle. In addition to the standard storyline, there are plenty of side adventures, minor tweaks that enhance the general storyline from the originals, and a post-gameplay adventure that can keep you engaged for quite some time.

The standard storyline isn’t new or revolutionary, so don’t expect any major shock-and-awe moments if you’ve played the originals. However, like I mentioned, there are additional side stories and tweaks that enhance the experience. A major mini-game in Pokémon Omega Ruby and Alpha Sapphire that makes a return is Pokémon Contests. This type of event allows players to demonstrate a Pokemon’s condition based in one of five categories (Coolness, Beauty, Cuteness, Smartness, and Toughness) against three other Pokémon. This can be a nice break from all the Pokémon battles that you’ll participate in. The beauty of this is, if you don’t care for this, you absolutely don’t have to participate in them since it isn’t required to the main storyline.

A major plus for the remakes is its sheer presentation. The Hoenn region in 3D is simply beautiful. For years and years, fans have hoped, demanded, and even prayed that a remake of this region would be made, and boy did Nintendo not disappoint. With the same mechanics as Pokémon X and Pokémon Y, the environments transition perfectly into this new handheld. Like Pokémon X and Y, Omega Ruby and Alpha Sapphire allows for the camera to maneuver more than non-3D versions of the series. The angles enhance the experience by pulling back to see larger areas, or zoom-in to get a better view of the finer items in certain locations.

With this, Omega Ruby and Alpha Sapphire have noticeably more cut-scenes than X and Y. These moments were actually among my favorite. They not only allowed for some insightful dialogue, but really pushed the graphics of the 3DS to its limits. I was pleasantly surprised that certain key moments of the game were given the privilege of having cinematically beautiful scenes. Luckily, this was used just the right amount of times – not too much that it becomes cumbersome, not too little that it becomes random, but just enough that players can thoroughly enjoy.

The alluring graphics isn’t the only entrancing facet of the games. The gameplay of Pokémon Omega Ruby and Alpha Sapphire combines the best aspects of the originals, Pokémon X and Y, and some brand new mechanics. Classically, Pokémon battles have not altered much. Players are able to have a maximum of six Pokémon at once with up to four moves each. In addition to single battles, double battles, triple battles, and inverse (types effectiveness are reversed) battles that further diversify the gaming experience.

One aspect that returns, unfortunately, is the amount of Hidden Moves. These HMs are particular moves that Pokémon can learn and can be used outside of battle for certain parameters. Cut, for example, allows a player to literally cut certain thorny bushes so that you can explore a new area. The Hoenn region, for some reason, has seven HMs, which clutters your group of Pokémon in your team. Though not a major point of frustration, it can be tiresome to try and find a spot for the move or a Pokémon that can be the brunt of as many HMs as possible.

A new function of the game is the ability to fly over the region, literally. This is one of my favorite parts of the game. Once you’re given a special item, a certain Pokémon will Mega Evolve and allows you to soar over Hoenn just as you always wanted. Speaking of Mega Evolutions, this elevated type of evolving during battle, makes a return from X and Y, with more Pokémon having the ability to do this.

Another feature that is reincarnated into the remakes are Super Secret Bases. These self-created clubhouses can be created by using the move Secret Power at numerous locations around Hoenn. Each possible location varies in size and shape, so there are certainly some choices to be had. With these bases, you can decorate as you like, with various items that you can buy, earn, or find. Also, with the Nintendo 3DS’s Street Pass, you can find other Super Secret Bases of other trainers to explore, find more decorations for your own base, and even battle a trainer in the base. If Street Pass isn’t your thing, you can create a QR code of your base to exchange with friends all over the world! The customization of the Super Secret Bases can offer another fun side adventure where creativity can run wild.

Even with all these features, there are still much more to mention! Re-battling trainers, exploring a plethora of legendary Pokémon, utilizing the PokéNav Plus, challenging the Trick House, the numerous online features (both battling and trading) and scores of other actions can be explored!

I really applaud Nintendo and Pokémon Company in keeping true to the two original games, while also infusing new and wonderful elements to the storyline, gameplay, and mechanics. Though some moments of dialogue becomes very flat and there might be “too much water”, they are dwarfed by the sheer depth that the games. If you are fan of the Pokémon series, chances are you’re already getting this game. If you’re straddling the fence as to whether or not you should get it, here’s my opinion – get off the fence and buy the game. Your free time will thank you (or lack there of now).

One thought on “Pokemon Omega Ruby and Alpha Sapphire Review”