Monolith Soft has announced that its upcoming Wii U title, Xenoblade Chronicles X, will have some added functionality.

Monolith Soft announced on its Japanese Twitter account that Xenoblade Chronicles X will have full functioning off-screen play on the Wii U gamepad.  The developer stated that overseas fans have been asking the off-screen gameplay for some time now.  Upon testing whether or not the gamepad would be able to handle the large amount of information displayed, they were pleasantly surprised that the gamepad did just fine during test runs on the tech. 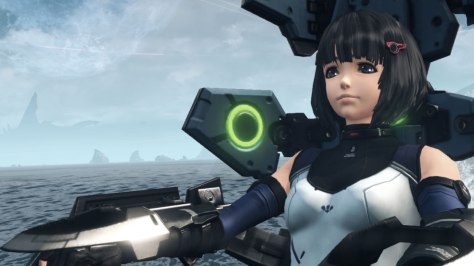 Xenoblade Chronicles X will release in Japan on April 29th for the Wii U while North America will see a release later in 2015.

This is some exciting news for those who are fans of the Wii U gamepad.  This is going to be a great year for Nintendo fans and RPG fans alike.

Landon Luthi is an Associate Writer for MONG and loves to sign everyone up for depraved magazines, because life’s too short not to be an utter bastard to both your loved ones and enemies alike.  You can follow this sick degenerate on Facebook, Twitter, but not at Aeropostale, because their clothes are only for the beautiful.