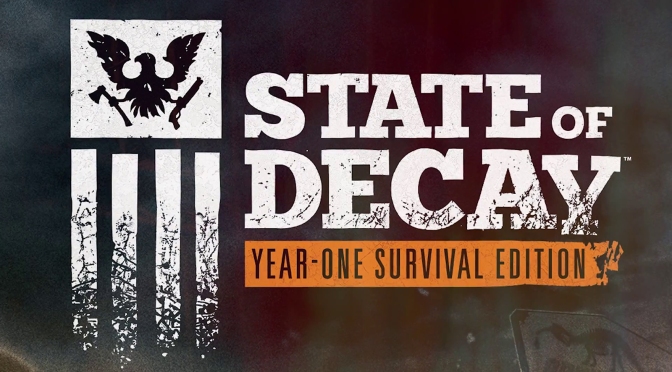 Undead Labs has released the debut trailer for their upcoming Xbox One and PC game, State Of Decay: Year One Survival Edition.

The zombie-survival game was a smash hit when it released on the Xbox 360 back in 2013, and the Year One Survival Edition comes fully remastered in 1080p, with both the “Lifeline” and “Breakdown” DLC included.

The debut trailer reveals several events from the game’s story and also includes tweets from fans experiences with the original game.

Check out the Trailer below:

State Of Decay: Year One Survival Edition is set to release on April 28, 2015, and will be available for Xbox One and PC.

It is great to finally see a trailer for State Of Decay: Year One Survival Edition. As this is a game that I never got round to playing on the 360, it seems like now would be a great time to check it out. State Of Decay definitely appears to offer something different to the zombie genre.