Microsoft has revealed that they will be releasing a live action story trailer for Halo 5: Guardians later this week. This news is following the start of a new ARG tumblr page that was revealed by the company a couple days ago.

The trailer is scheduled to release on March 29th, and it will give us our first glimpse into the main plot for the game. 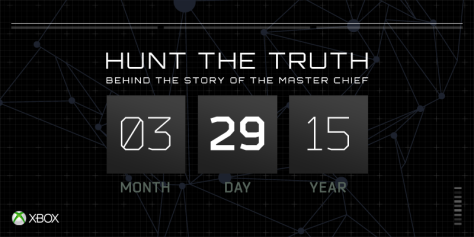 This new trailer will be the latest in the recent marketing campaign many fans have seen this past week. In what was initially started as a mysterious countdown page late last Thursday, Microsoft has released a new alternate reality game, similar to the famous “I love bees” marketing campaign, under the Twitter handle #HUNTtheTRUTH. The tumblr page introduces Benjamin Giraud, a Halo universe journalist and war photographer who is hired to do an in-depth profile of the Master Chief. This weekly series is scheduled to continue all the way up until the Microsoft E3 presentation in June.

For the latest in Halo 5 news, be sure to check it all right here at MONG.

You have to give Microsoft credit for getting so many fans hyped up for Halo 5 this week, and I would be lying if I didn’t say I wasn’t hyped up myself. Hopefully this new trailer will be able to live up to our expectations!