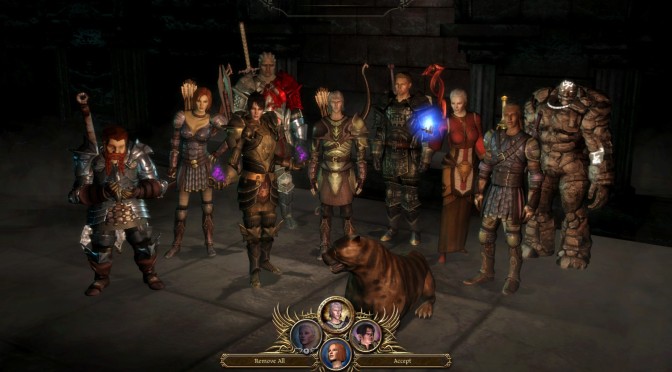 Fans of slinging spells, swinging swords and stabbing backs in the fantasy lands of Thedas should be grinning from ear to ear. A recent grab bag of questions lead BioWare devs to answer a fairly interesting and pertinent question: is there an end planned for Dragon Age in the future?

To paraphrase, the answer is no. The news of Dragon Age’s longevity comes to us via DualShockers. Executive Producer Mark Darrah stated that they “don’t have a sunset planned for the Dragon Age franchise at this time.” A very beautiful and eloquent way to say that Dragon Age will be around for a while.

However, fans shouldn’t be worried that Dragon Age might become annualized or stale. None put it better than GM Aaryn Flynn:

Yeah I don’t know about “cranking out as long as they keep selling”. EVENTUALLY these things just get fatigued and need to rest until people are prepared to carry that torch again. By the same token, there’s a cycle to entertainment – if you’d told me 10 years ago that there would be a healthy resurgence of isometric RPGs (Pillars of Eternity, more Baludur’s Gate, and more), I’d have said you were crazy! But here we are, and I’m glad I was wrong.

It’s good to know that a company acknowledges that maybe their game doesn’t need to be constantly shoved down consumers throats. However, BioWare hasn’t overstayed their welcome just yet. It’s hard to imagine they could considering the success of their most recent title, Dragon Age: Inquisition.

Though the Mass Effect series was mentioned, there was no real comment pertaining to its lifespan.

I hate it when a series is annualized. Even when it’s one that I absolutely love, there’s nothing worse than constantly hearing about Super Mega Franchise Game Cross Two Ultimate. Regardless, it sounds like BioWare’s got it in the bag in terms of keeping things fresh, new and welcome. I know I’m definitely not the only gamer who’s a little antsy with happiness hearing that we’ll keep getting to hang out with Qunari!

Myles K Farrington is one of the MONG Senior Editors and is also THE Dreadhawk. Keep up with him over on IGN and Twitter as well!