The update includes: a new map, Volter Manor, collectible items, eight new achievements, tweaks visible in the changelog here, as well as the return of “classic” Killing Floor characters, Briar and Masterson, for those who owned Killing Floor 1 before the update. 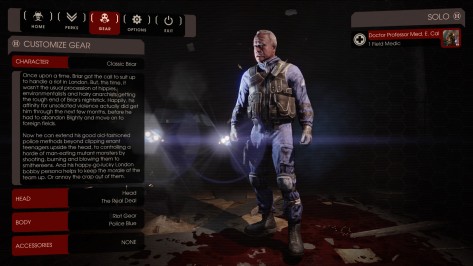 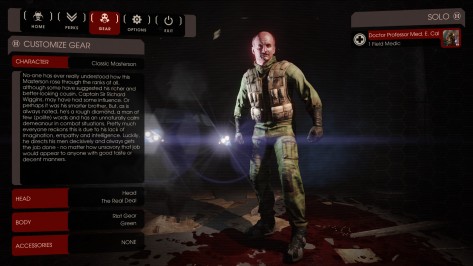 The map is a highly ominous manor with a spawn location in the cramped entrance where zeds swarm in from all sides. Doors bend into the walls with similar texture, save the latches, and make desperate fleeing even more anxiety-inducing. The many rooms and narrow hallways force quick decisions and make a Specialist advisable on this map. It also makes for interesting moments:

(I just wanted a screenshot, mates!)

The manor also hosts a lovely garden, albeit highly creepy in a BioShock fashion:

In addition to an underground lab with some off-putting showers:

The newest map is highly atmospheric and adds a great addition to the current roster of, now, four maps in the early access.

As an avid fan of Killing Floor, I’m downright giddy to be slaying zeds (or jabbing my allies with syringes, preferring the medic class) in the new map. Although I’ve yet to find a rumored spot on the map where you can fall off the cliffside, I am ever eagerly awaiting its appearance. When that day comes, I foresee myself pushing many friends off the eerie cliff as well as a steady decline in people who will want to hang out with me.