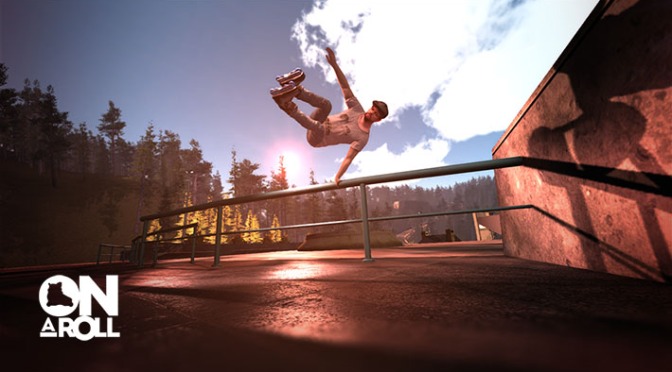 Rollerblading has been underserved in the video game world.  When it comes to extreme sports, skateboarding and snowboarding seem to get all the attention.  Well, one man wants to change that.  Enter Jelle Van den Audenaeren, developer of On A Roll, a realistic open-world rollerblading game now on Steam Greenlight and Kickstarter.  Born out of a passion for rollerblading, Jelle Van den Audenaeren decided to put his computer skills to use in developing On A Roll.  The game will allow players to explore open worlds with the ability to create and customize your skater.  In order to capture a sense of realism, professional skaters were brought in for motion capture and sound was recorded at real-life skate locations.

Right now, On A Roll’s Kickstarter campaign is focused on bringing the game to PC/Mac/Linux with the goal to bring the game to consoles at a later date.  The funding goal for the project is $50,000 by June 27th.  For an early look at On A Roll in action, watch the trailer below:

I remember being younger and watching in-line skating during the X-Games on ESPN and being wowed by some of the crazy tricks being pulled off.  It is cool to see On A Roll bring some of that flavor to the video game world.  The pre-alpha footage shown in the trailer could use some polish with the animations, but definitely looks promising.  I hope the game is able to meet its funding goal and deliver a fun, rollerblading experience.