FromSoftware has finally confirmed a bunch of details about Dark Souls III. This includes a new trailer, a release date and different Collector’s Editions.

Dark Souls III Day One Edition will come with a Prima Starter guide, official soundtrack and an exclusive O-Sleeve Packaging. This edition will be $59.99. 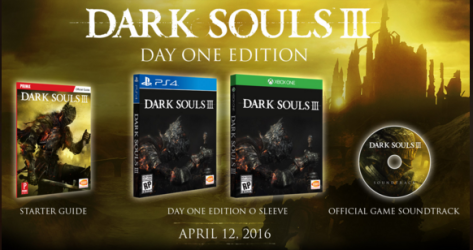 Dark Souls III Collector’s Edition will have everything from the Day One Edition, but also includes an official hardback artbook, Cloth game map, a steelbook case, a ten inch Red Knight Statue and a Collector’s box. This edition will be $129.99.

If you live in the UK, you can also get the Prestige Edition of Dark Souls III. That edition will have everything from the previous editions as well as 3 Iron-on Patches and a 16 inch Lord of Cinder statue. The Prestige Edition is an Amazon UK exclusive. As of now, it’s unknown what the price of this is. 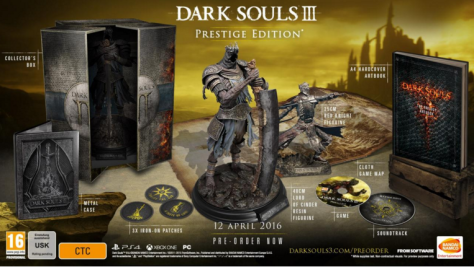 I am really excited about this and with Hidetaka Miyazaki, creator of Dark Souls, back at the helm after Bloodborne, I believe this could very well be the best in the series. I can’t wait to die repeatedly in many more terrifyingly new ways.

Jesse Webster is a Senior Writer for MONG and I’m excited about Psychonauts 2.