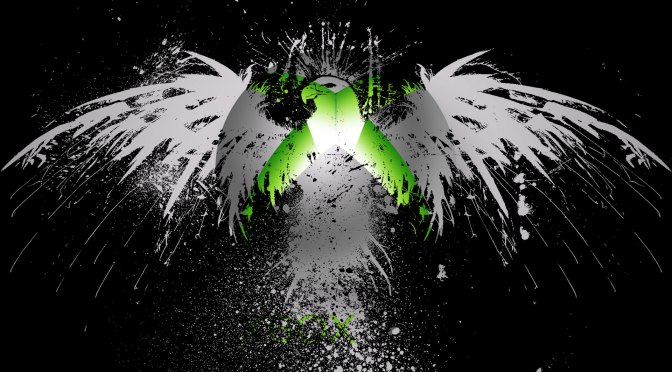 Nobody expected Microsoft to jump into console gaming. Even fewer naysayers thought they would still be doing it today. I was a Nintendo kid in my earliest years (perhaps explaining some pent-up aggression) when suddenly a little indie-game called Halo 2 took me in an all-new direction. It hasn’t been an entirely positive experience though… and here are seven examples.

Can we just please pick a Dashboard design and stick with it? Microsoft has been obsessed with altering the user interface of their consoles ever since firmware updates became commonplace. The Xbox 360 went through numerous overhauls when the initial “blades” interface was fine as-is, until eventually opening the guide seemed to cause momentary freezes. With Xbox One, it feels like every update makes it much less intuitive, and the store has only gotten more difficult to navigate. Maybe I like settling into a rut, but there’s a tinge of grumpiness now whenever I use my XBOne. I half expect Cortana to go rampant inside my console when I finally get to issue an order.

Can you hear me now?

My group of befuddled friends can’t be the only ones with defective headsets, right? I’m the sole person I know who still has a functional headset included with the Xbox One at launch. Poor Sid made it to his ninth (!!) before finally turning to Turtle Beach for his communication needs. My older brother was on his third before he bought the Microsoft stereo headset adapter, hoping to use his Xbox 360 throat mic again — except the adapter didn’t work. Now he’s just another conspiracy theorist who talks about pre-meditated ploys to squeeze more money out of gamers, and I’m left paranoid about whether or not my headset will up and die on me. Good times.

That was a debacle. If you were lucky enough not to own a Xbox 360 for the first two and a half years then you missed out on all this fun. The rest of us have shellshocked flashbacks whenever our XBOne’s experience the slightest hiccup, taking us back to a time when consoles were dropping like flies and sending Morse Code messages via blinking red lights. I remember rumblings of a 70% failure rate, and whether or not that was true it sure felt like it. Halfway through the last generation I didn’t know a single person, myself included, who still had their launch console. I was on my fourth replacement by that point, and there’s no excuse for that.

Let’s talk about some of those Xbox One hiccups I just mentioned. I experience game crashes at least twice per gaming session, with a couple of friends claiming to wish they had my good fortune. It also has a nasty habit of dumping network info, meaning Wi-Fi settings need to be redone about three times a week. Even the party system sporadically stops working. Okay, fine, those are relatively minor — I have far more trouble with my PC, after all! The minor annoyances keep building, though. It recently decided not to let me post anything to Upload Studio, and the game DVR seems wonky in general lately. The Kinect (which I use quite often) looks to have become self-aware, demanding frequent naps wherein it shuts itself off for extended periods of time. Did I offend it at some point? What the hell! I’d send it away for repairs or get a new one, but again I’m not the only person with this issue. Astromechs seem less finicky in comparison.

And now it’s a paperweight…

I know we live in an age where keyboard warriors like to exert their power by taking down big networks on a whim, but can we possibly set up some countermeasures? I’m no scientist, but rigging up an EMP blast directed at a cyber criminal’s house sure would be nice, ‘cause these Xbox Live outages are a nuisance. The rare occasion of server downtime was no big deal on Xbox 360, but my Xbox One is transformed into a big ol’ brick the moment an internet connection dips out. Isn’t technology supposed to get better with each new iteration…?

They giveth, and they taketh away

For one nice, glorious period of time in the middle of the Xbox 360’s lifespan, Microsoft did something brilliant. They presented their fans with a tremendous gift — an event, really — where we could unite for one singular cause: useless trivia! Yes, 1 vs. 100 was a fun, free diversion where gamers could earn prizes and achievements just for knowing the name of Mulder and Scully’s supervisor. All right, so it was rife with cheaters and bots, but it was fun! They could’ve kept it going without the prizes, perhaps reworking it as a purely achievement-based game. Alas, this experiment was ended far too soon.

What matters the most

This one is purely personal preference, but even the exclusive games are underwhelming. Titanfall was a dud within my circle of friends, The Master Chief Collection was broken enough to warrant trade-ins, Gears of War: Ultimate Edition was fine but somehow had less charm than the original, and Halo 5’s ultra competitive multiplayer just isn’t my cup of tea. Rise of the Tomb Raider is praiseworthy, though that’s one game. I’m sure things will turn around, but for awhile now I’ve been left with the thought that I should’ve backed Sony… and that’s something I never would have guessed, considering the Xbox 360 was my favorite console no matter its problems.

Being a so-called “Xbot” has been a rollercoaster of emotions, and that appears to be somewhat of a theme depending on who you ask. Microsoft isn’t breaking many records with sales figures these days, though their competition sure seems to have picked up some steam in that regard. I kind of feel like I bet on the wrong horse, but only the future will tell. In the meantime, I’ll be enjoying backwards compatibility and Games for Gold.

Chris Cobb is an Associate Writer for MONG and swears no oath to any one side of the console wars. You can try to recruit him on Twitter, but you really don’t want this nitpicky baffoon on your side. Seriously. He whines a lot.