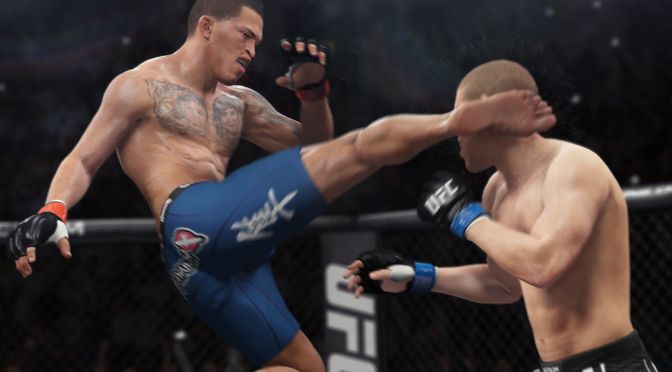 With the inclusion of Bruce Lee in EA Sports UFC and Mike Tyson in EA Sports UFC 2, developer Electronic Arts has shown a willingness to include non-MMA fighters into their games.  Bruce Lee is perhaps the most famous martial artist ever and served as an inspiration for many UFC fighters growing up.  The same thing can be said about Mike Tyson, who counts Dana White, Jon Jones, and Ronda Rousey among fans of the boxing legend.  So who are some other great martial artists who have never competed in MMA, but would be fun to see in the Octagon?  Here are three unconventional choices I would like to see in future editions of the game.

While many people might hear his name and think of the popular meme surrounding him or his political leanings in recent years, make no mistake Chuck Norris is a serious martial artist.  Sure many people know him as a 70s & 80s film star and from his long-running role as Walker Texas Ranger, but Norris has the martial arts pedigree to back up his bad ass persona.  He was the 1st Westerner in Tae Kwon Do to be awarded the honor of 8th Degree Black Belt Grand Master, was Black Belt magazine’s Fighter of the Year in 1969, and even founded his own fighting style Chun Kuk Do.

Mixed martial arts is more than just striking and Chuck Norris has trained in a variety of styles, possessing a black belt in BJJ(Brazilian Jiu-Jitsu), which would surely come in handy during the Octagon. I imagine a version of him in his prime, around the time of Way of the Dragon when he fought Bruce Lee on film. His standout skill, would of course be his kicking prowess.  “Chuck Norris once kicked a horse in the chin.  Its descendants are known today as Giraffes.” 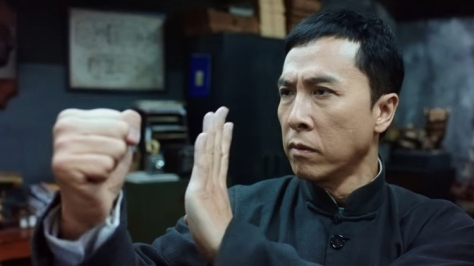 Considered to be Hong Kong’s top action star, Donnie Yen has been kicking ass on film since the 80s.  I became a fan of his in movies like Iron Monkey, SPL: Sha Po Lang aka Kill Zone, Flash Point, and Ip Man.  He is an award winning action choreographer and is well versed in a multitude of martial art styles.  Donnie Yen has gone on record as being a big fan of the UFC and has stated he would have wanted to compete in the Octagon, if not hampered by injuries.  His passion for the sport can be seen in his films, where he has incorporated MMA techniques into his choreography. As a result Donnie Yen has helped bring awareness of MMA to the Chinese culture.

His fighting skills aren’t just for show, as a notorious story about him putting eight gang members in the hospital defending his girlfriend is a well known tale in Hong Kong.  Both Jackie Chan and Jet Li have said he is the best fighter in terms of practical combat in Asian cinema.  It would be great to see him in a different medium and exposed to an audience who might not be aware of his skills.

Of my three picks, Steven Seagal is the one with the most personal ties to the UFC.  Steven Seagal gained notoriety among the MMA community, during the time he worked with Black House fighters Anderson Silva and Lyoto Machida. He is famously known for having said how he taught Silva the technique of the snapping front kick that knocked out Vitor Belfort at UFC 126 and the crane kick that Lyoto Machida used to knock out Randy Couture at UFC 129. Current UFC Light-heavyweight champion Daniel Cormier is another fighter who has worked with Seagal in the past.  While it is debatable just how much he taught these fighters techniques that translate to the Octagon, Steven Seagal is a serious martial artist.

To the mainstream public, he is the man that helped introduce the art of Aikido to an American audience during his string of popular films in the late 80s and early 90s.  While the application of Aikido really hasn’t been applied in the Octagon, perhaps Seagal could serve as a mentor role during a training mode in the game.  His sage advice giving insight into the mental aspects of the fight game.