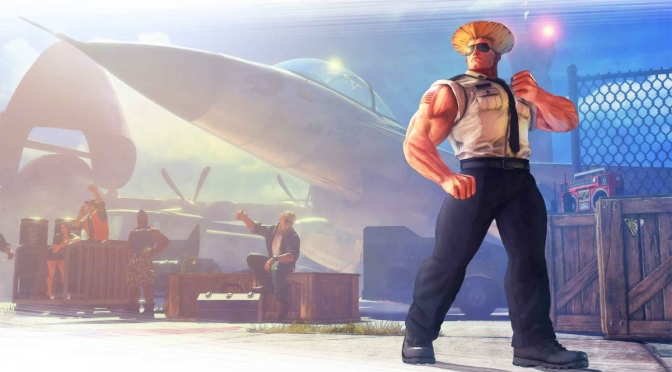 Capcom has announced when Guile will be joining the Street Fighter V (SFV) roster. On Thursday April 28th, Guile will be playable for free until the Zenny shop launches in SFV.  He will also receive his own Character Story and set of Trials.  Returning with him will be his classic Air Force Base Stage, becoming the first DLC stage in the game.  Season Pass owners will receive this stage for free, along with Guile’s Battle Costume.

To see the freshest flat top in the game in action, watch the trailer below.

I’ve never been the biggest Guile player, but have much respect for the Sonic Boom.  One benefit of the Zenny shop still not being open, is that so far the DLC characters have been made free until it opens.  Guile’s new crouching walk looks cool and I plan to test him out in the game.