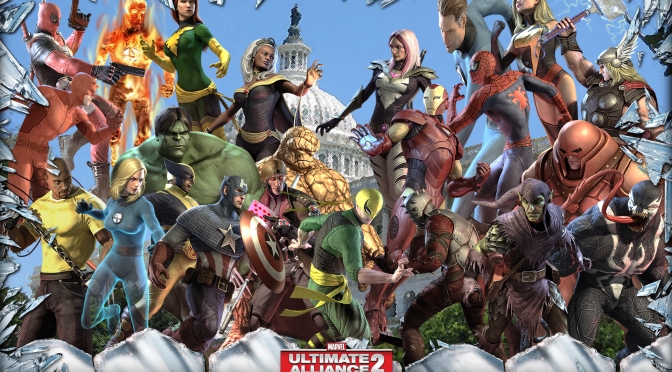 Marvel’s video game division is going in an all-new direction starting with Sony’s exclusive Spider-Man game, but it may also be reliving its past. If the Taiwanese ratings board is to be believed, one beloved classic (and its underwhelming sequel) may soon be remastered.

While such things should be taken with a grain of salt, this very same source also revealed titles like Zombi and Trials of the Blood Dragon ahead of their official announcements. It may also be worth noting that expired contracts previously saw downloadable content for both MUA titles removed from Xbox LIVE and PlayStation Network. Whether Marvel reached a new deal with Activision, or a loophole has been discovered to allow this re-release, remains to be seen.

The first MUA earned a spot on my top 10 favorite games list for years, and singlehandedly turned me into a comic book nerd. I certainly hope this proves true, and will gladly purchase it for the latest consoles. Since MUA2 was an adaptation of the Civil War storyline, it just may find a new audience as well.

Chris Cobb is an Associate Writer for MONG and once tried his hand at costumed vigilantism. He doesn’t recommend it, and has the scars to explain why. You can find him on Twitter and Youtube.