After years of development, the spiritual successor to L.A. Noire, Whore of the Orient, looks unlikely to ever release. 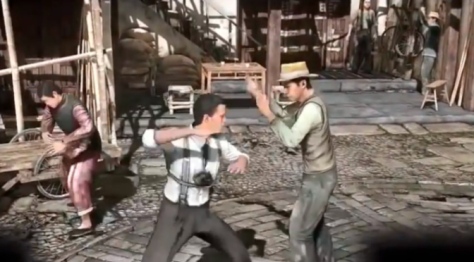 Three years have passed since we’ve heard anything about Whore of the Orient — the game described as the spiritual successor to L.A. Noire, being developed by a studio under the lead of Brendan McNamara, the creator of the original Rockstar title, Brendan McNamara.

Today, the three year drought has ended — but it’s not good news. Producer on the game, Derek Proud, said in an interview this week that he doesn’t believe the game will ever see the light of day, and revealed exactly what happened, as transcribed by Finder.Com.Au:

Proud: Well Whore of the Orient was the spiritual successor to L.A. Noire. We were going to use that tech and we were going to create a game set in the 1930s, maybe 1940s, of Shanghai. Shanghai was the only place in the world you could go to in the 1930s and 1940s if you didn’t have a passport. So everybody who was running from something went to Shanghai. The whole city was run by a gangster called Big-Eared Du and it’s just the most fascinating time, place and setting.

Blomberg: Which doesn’t feel like it has been explored before: not just in games, but even in movies…

Proud: Yeah, it’s amazing. And we were creating a game with all of that rich texture to it. And we fought for it. Brendan [McNamara – studio head], Alex Carlyle [design lead], Vicky Lord [general manager] and Naresh Hirani [project producer] all fought to keep that project alive. And I fought, too, it was something we were all passionate about. But in the end, that was the way it went.

Blomberg: So we will never see that game?

Proud: I don’t think so. That was one of the games and one of the studios I kind of left right at the bitter end. When we got wrapped-up.

Whore of the Orient was originally announced in 2012 for PC and “next-gen consoles.” The game was set in a 1936 Shanghai, aka the “Paris of the East.” Set in a China that is undergoing rapid modernization and enduring a strong wave of Western influence. That is until the Kuomintang political party begins to combat imperialist changes and savagely suppressing Communism. Meanwhile, a group of Western cops, the International Police Force, is caught in the midst of this storm trying to maintain peace.

The signs of plummet for the game began in early 2013, when the team formed by former Team Bondi at Kennedy Miller Mitchell, was hit with layoffs and unable to find a publisher. However, at the time, KMM’s Doug Mitchell said the game was still in development. Following this episode, the team received substantial funding from Screen NSW. After this, the game disappeared completely.

I was wishy-washy on L.A. Noire — it wasn’t great, but it had oodles of potential. When Whore of the Orient was first announced, I was pretty excited, but completely forgot about it over the last three years….so it’s almost nothing has changed with this announcement.